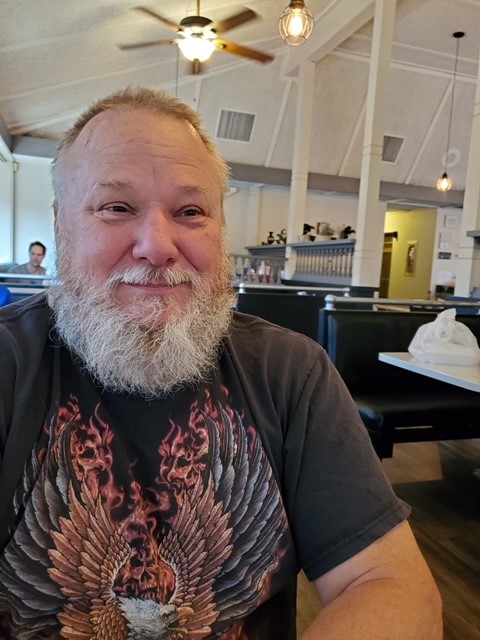 John passed away at his home in Mesa Arizona on February 9, 2021 at the age of 60.  He was born in Rochester New York on May 10, 1960. John was survived by his wife of nine years, Claudia, his three step children, and five grand children. John had an older brother and younger sister, one niece, two nephews, and cousins.

John Joseph Binnert was a Harley-ridin’ gentle giant.  With a kind heart and always a smile on his face, he was also solid as a rock to his many friends and family.    While he was a man’s man, he was also overwhelmingly respectful towards women and joyful like Santa Claus with children.  His loved ones describe him as a teddy bear anyone could rely on.

John moved to Arizona in 1998 from New York and eventually retired as a commercial driver.  He enjoyed road trips on his Harley where he traveled all over the state.  John also had an impressive collection of guns and knives.  John had plenty of stories to tell which always included a a good life lesson with a laugh.  John was so genuinely good, he could not help but rescue a dog if he knew they would end up in the pound, so over the years has saved the lives of many canine companions.