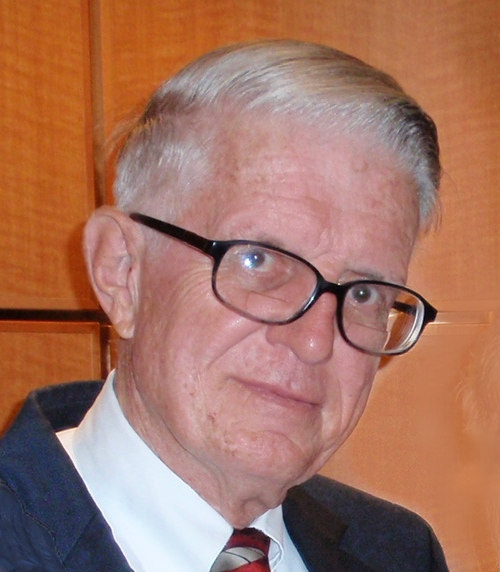 John was born in Helena, Montana, on July 8, 1938, the oldest son of John Jacob Brunner and Iva Irene Sims. Dad was a fixer!  He would often say: “I can fix anything but a broken heart.” (He used ice cream for that).  His joy was to help and be of service anywhere he was.

He completed a two-year certification program at General Motors Institute with a major in Service and Dealership Management.  He then transferred his credits and attended Utah State University, where he received a Bachelor’s degree in Industrial Technology/Automotive Technology with minors in Physics and Mathematics.  He graduated in the top 10% of his class and was a member of The Honor Society of Phi Kappa Phi. During the 32 years he was with GM, he worked as: a Merchandising Representative, a Fleet Sales Manager, and a Service Manager.  Much of his time was spent receiving and presenting automotive training.  He did extensive work on Heavy Duty Truck Electrical with a specialty in Fire Apparatus Electrical.  He also taught hands on electrical classes (SET), HVAC, and other automotive subjects as needed.  John was an active member of Mobile Air Climate Systems Association (MACS) and the United States Junior Chamber, also known as the Jaycees. He also served on multiple advisory boards, including EVIT and the Rocky Mountain Fleet Managers Association.

John loved the Savior and joined the Church of Jesus Christ of Latter-day Saints while in college.  His love of service was apparent, as he would help anyone at a moment’s notice throughout his life.  He served willingly in many capacities.  He especially loved his service mission at the Mesa Family History Center.

John met the love of his life, Valene Loveridge, while attending school at Utah State University.  They were married in the Logan Temple on June 8, 1960. They started their life together and family in Bountiful, UT; then moved to Flagstaff, AZ; and finally settled in Mesa, AZ where they stayed for over 50 years and raised their five wonderful children.  John’s wife Valene passed away in May 2021, but he is survived by his children: Scott, Cynthia (Brad), Ryan, Raylene, Kalet (Damien), and 12 grandchildren. He is also survived by his sister Charlotte Brunner (Alan Shiller).

For those who are unable to attend, you may view the funeral service using the youtube link: https://youtu.be/yb7KB2O51OY

Flowers can be sent to the Bunker Family Mortuary on University.  Alternatively, you might consider instead a donation in John’s name to Rock Steady Boxing for Parkinson’s in Mesa (rocksteadymesa.com) or the Church of Jesus Christ of Latter-day Saints Missionary Fund (churchofjesuschrist.org).