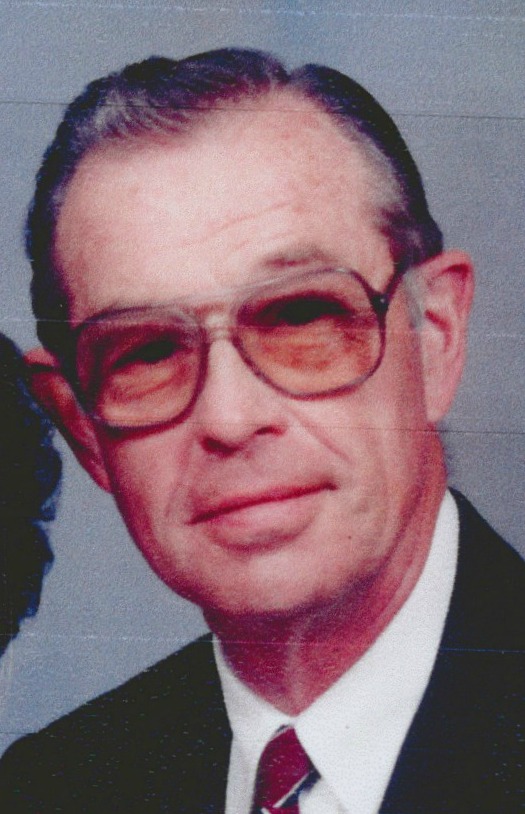 Mesa, AZ – John passed away peacefully on Friday, October 26 at age 94.  He was preceded in death by his loving wife Joanne, daughter Deborah, sister Alta and brother Bill.  He is survived by son Alan and his wife Lisa and their two children, Tom and Kelly; daughter Patricia and her husband Jim, and their three children Holly, Jeffrey, and Kevin.

John was born in Harrisburg, PA on July 23rd, 1924.  He grew up there and married the love of his life, Joanne Strohm.  John entered Juniata College in 1942, but postponed his education after one semester to serve his country in the United States Navy during World War II.  During the war, he was assigned to PC 568, a sub chaser, and patrolled the North Atlantic and English Channel. On D-Day, his ship participated by helping to escort the U.S. Armada to the shores of Omaha Beach. After the war, he returned to Juniata and completed his degree in Chemistry in 1949.  He went on to earn a Master’s at the University of Delaware. In 1950, he began work at the General Electric Company in Schenectady, NY and enjoyed a 38 year career with the company. During that time he held positions in multiple cities in areas such as the microelectronics division, aircraft gas turbine division, space sciences laboratory and later on in various management positions.

Upon his retirement in 1988, he retired to Peoria, AZ with wife Joanne and enjoyed his golden years in the sun golfing, gardening, traveling and in general, enjoying a well-deserved retirement.