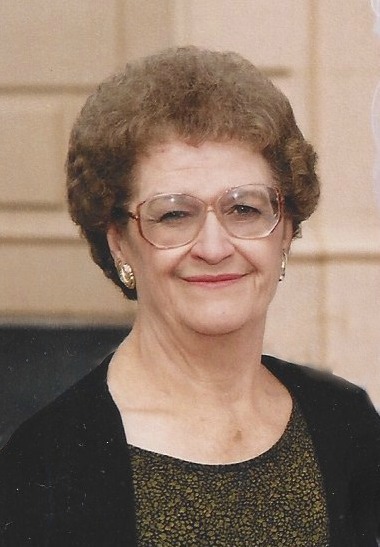 Joanna Dees Leavitt, 80, passed away in her home surrounded by family June 8, 2016. Joanna was born and raised in Mesa. She served in many capacities as a member of The Church of Jesus Christ of Latter-day Saints, including Primary President, Relief Society teacher, Compassionate Service Leader, and lifelong Visiting Teacher.

In 1955 Joanna married her eternal companion, Laurel D. Leavitt, who preceded her in death in 2007. They spent their early life on the University of Arizona Experimental Farm, where they raised their 6 children. A homemaker and entrepreneur, Joanna enjoyed selling World Book encyclopedias, tomatoes, and hay from their later home near Westwood High School.

Joanna was well known for her strong faith in and love for Heavenly Father and Jesus Christ. Her family claims that her prayers were a hotline to Heaven. She had many passions and hobbies, including finding great deals, finishing crossword puzzles, and singing happy birthday medleys to her 27 grandchildren and 22 great grandchildren.

Joanna is preceded in death by her parents, R. Preston Dees and Zina Adell Harper Dees; her brothers, Darwin, Varis and Naris; and her sister Naydell Ball.