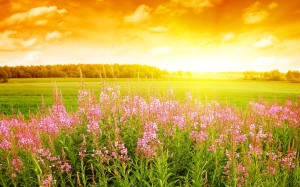 Joan Anita Gregory was born in Portage La Prairie, Manitoba, Canada, on April 15, 1934 and passed away in Mesa, Arizona on September 29, 2021, the daughter of Harry James Gregory of Hastings, England and Grace M. Walter of Portage la Prairie, Manitoba, Canada. The family moved to England in 1937, and Joan grew up and went to school in Hastings, where her family chose to stay during World War II and its aftermath. After her father’s death in 1949, she and her mother returned to Canada. Joan attended United College in Winnipeg and later worked in the college library. While a student at United College Joan was an education worker for the home mission system of the United Church of Canada.

In 1960 Joan moved to Phoenix, Arizona joining her mother and stepfather, John Fraser, who had moved there the previous year. She attended Phoenix College and Arizona State University where she earned a bachelor’s and master’s degree in anthropology. She was a graduate assistant, and later taught anthropology as an interim instructor at Phoenix and Scottsdale Community Colleges.  In 1973 she began work as an archivist in the Arizona collection at Hayden Library of Arizona State University, Tempe, Arizona, where she classified and catalogued the John Rhodes and Paul Fannin congressional papers.  She later worked in the acquisitions department of the Arizona State University Library.

Joan attended the University of Arizona, Tucson, where she earned a master of library science (M.L.S.) degree. In 1979 she joined the Mesa Public Library as the Acquisitions Librarian, the post she held until her retirement in 1998.

Joan’s favorite form of entertainment was listening to classical music, particularly opera. She had an extensive collection of Renee Fleming performances, her favorite soprano. Throughout her life, she also enjoyed painting and writing poetry. Among her friends, she was known for her love of animals, particularly her beloved poodle, Jamie. In retirement she was a loyal member of the Salt River Wild Horse Management Association and the Arizona Humane Society.

She also enjoyed attending lectures offered at her Independent Living Residence, Canyon Winds in Mesa, Arizona, and reading books on the history of England and English villages, which she generously shared with her neighbors. She also kept current with her field of anthropology through various periodicals. She had a lively and dry sense of humor which was evident at the luncheons with her friends and former colleagues.

Joan will be interred at the City of Mesa (Arizona) Cemetery. According to her wishes, no services are planned in the immediate future. Joan will be sorely missed by her friends in Mesa Arizona, and her family in Los Angeles, California, Canada and England.