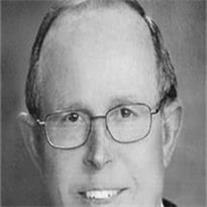 Jerry Duke Morris was born to Duke and Olive Morris on December 13, 1942 in Morenci, Arizona, and passed away in Mesa, Arizona, on June 12, 2011. His family moved to Mesa when he was 4 years old where he lived the rest of his life, graduating from Mesa High School in 1960. He served a mission in the Southern States from 1962-1964 for the Church of Jesus Christ of Latter-day Saints. He was a lifelong faithful member of the church, serving as a counselor to six different bishops, a member of the Maricopa Stake High Council and Bishop of the Mesa Fourth Ward. Jerry worked for 36 ½ years at Salt River Project, retiring as Senior Relay Technician in 2004. Jerry and his wife, LaNelle Porter, served three missions together as a couple; Nauvoo, Illinois, Mesa Regional Family History Center, and Ecuador Guayaquil South. Jerry is survived by his wife of 47 years, LaNelle, their children Robert (Shannon), Becky Stahlecker, Kenneth (Phoebe), Dale (Alys), James, Scott (Tracy), Jodi Jackson (Shephard), and Julie Conover (Todd), and 27 grandchildren. Also surviving are brothers Earl (Sadie) and Kirk (Carla) Morris and sisters, Yvonne Morris, Paula (Bob) Macdonald and Jeanie Morris. Visitation will be held on Friday, June 17th from 6 – 8 PM at Bunker’s Garden Chapel, 33 N. Centennial Way, Mesa, AZ 85201 (480-696-6883). Services will be Saturday, June 18th at 10 AM at the Maricopa Stake Center of the Church of Jesus Christ of Latter-day Saints, 611 N. Stewart in Mesa with visitation at 9:00.