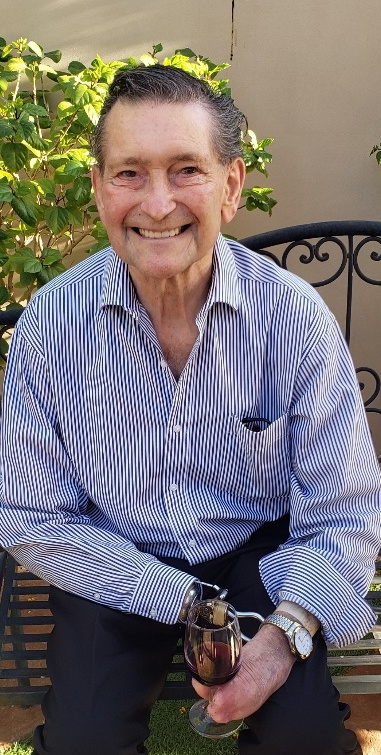 On Monday May 6, 2019 at the age 77, Jerome “Jerry” Felix Birgen died at his home in Gilbert, Arizona under hospice care. Jerry was born on November 1, 1941 to Felix and Lavina Birgen and was the third child of seven siblings. Jerry’s early years were spent helping his father on the farm and receiving a high school education from Beresford High School. Due to the early death of his parents, the seven children learned lessons on independence and perseverance by raising themselves.

At age 20, Jerry was in a corn picking accident which resulted in the loss of his right arm and fingers of his left hand. Raising younger siblings and operating the farm was a team effort by two older sisters, neighbors, and relatives for the next ten years. On February 17, 1968, Jerry married Patricia Stoner and this union led to the birth of their two sons, Mike and Chris.

Operating the farm became a family journey. Jerry took the role as head of production, marketing, and resources while growing the farm operation to over a million-dollar business. Due to the change in the agriculture industry, Jerry recognized the need to provide for his family in a different way. He enrolled in Lake Area Technical Institute in Watertown, South Dakota and received an Associates Banking and Finance degree.

After graduating, Jerry worked two years as a conservationist for the government, while utilizing his farming background. Jerry led public relations for FEMA as an outreach specialist and served as District National Motor Club representative. Upon moving to Arizona, he worked as an insurance verification specialist for McKesson until his death.

Jerry will be missed deeply by his wife, Pat; two sons, Mike (Tina) Birgen of Brookings, SD and Chris (Dawn) Birgen of Gilbert, AZ; three granddaughters, Breanna, Brittany and Ella; six siblings; and many friends. He was preceded in death by his parents and two brother-in-law’s.