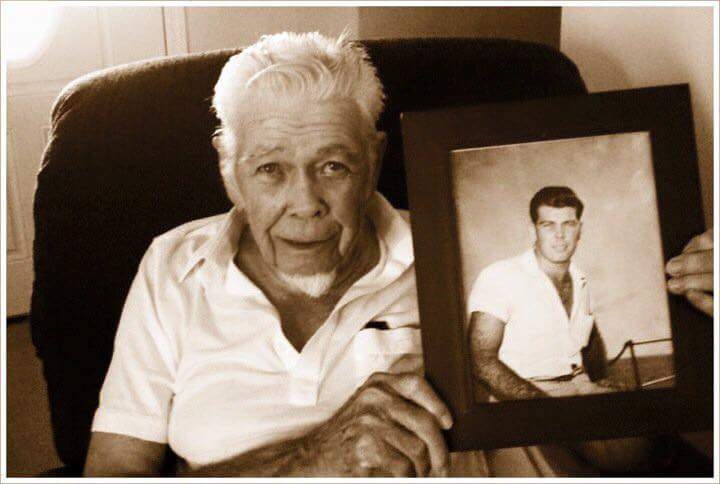 Jerome (Jerry) Davis, 84, passed away peacefully on January 26, 2016 in Mesa, Arizona. Born in Glendon, NC, Jerry lived and raised his family in Claymont, DE and Elkton, MD and moved to Arizona in 2010. He enjoyed a 33 year career with Boeing Vertol in PA and after retirement traveled throughout the country with his wife, Mary and their precious pup Fuzz. They spent most summers in their homes in Mrytle Beach, SC and Pinehurst, NC where Jerry was an avid golfer.

Jerry’s loved country music and the Dallas Cowboys. He created beautiful oil paintings and fabulous meals in the kitchen. Anyone who knew him knew that he was an incredible gardener and his yard was meticulously maintained.

Jerry loved his family and was their biggest supporter in whatever they did.  He is survived by his wife of nearly 54 years, Mary Davis, his three children, Donna Field, Barbara Egbert and Lance Davis, his granddaughters, Robin Angeletti, Lauren Angeletti, Devin Egbert and Paige Egbert, and two great granddaughters, Rogue Heikkila and Isley Angeletti and a brother, Jon Davis.  He is proceeded in death by his parents, Jerome and Gertrude Davis and so many aunts, uncles, cousins and friends.

Visitation will be held on Monday, February 1, 2016 at Bunker’s University Chapel, 3529 E. University Drive, Mesa, AZ 85213 at 10 am with a service to follow. Flowers can be sent there on his behalf.  He will be laid to rest at the beautiful  Mesa Cemetery in Mesa, Arizona, close to his idol, Waylon Jennings.