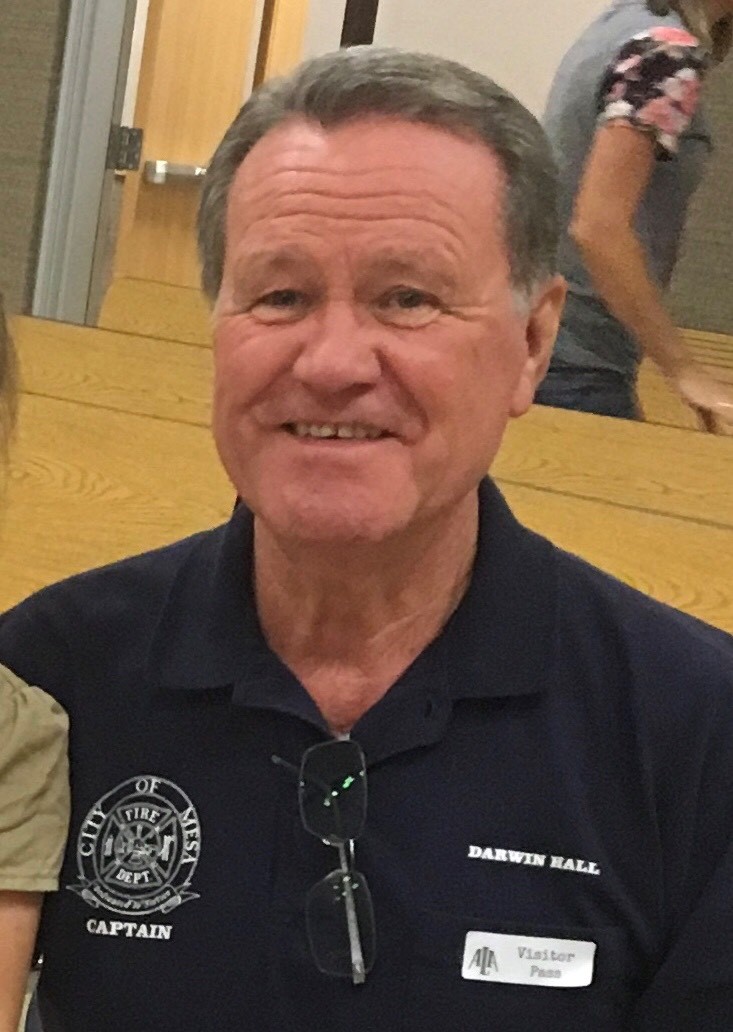 Jerold Darwin Hall, 71, was called back home Wednesday, September 27th, 2017 (48 years to the day that he met his sweetheart for the first time on a blind date). Perhaps this was fitting because he always seemed to understand the significance of meaningful dates and anniversaries throughout his life.

Darwin was born to Jerold and Christeen Hall in December of 1945 in Mesa, AZ. He lived a happy, fun-filled life surrounded by many loving family and friends. He was an active and faithful member of the Church of Jesus Christ of Latter Day Saints. He married his sweetheart and the love of his life, Terri Tate, on Friday, February 13th, 1970. With her by his side he spent the last 47 years being a kind, loving patriarch over his family that included 6 children, their spouses, and 26 grandchildren.

In 1975, Darwin began a career of serving others with the Mesa Fire Dept. He loved caring for his community and found a great calling in helping those in need. He particularly enjoyed the comradery and brotherhood he felt with his fellow firefighters. After 25 years of service, Darwin retired as a Fire Captain on Feb 29th, 2000.

As an example of hard work and a continued desire to serve others, Darwin drove a bus for Mesa Public Schools Athletics during his days off as a firefighter. He would consistently seek out and request the “best” athletic events that involved his alma mater, Mesa High, where he was a graduate of the Class of 1964 and standout on the Varsity Basketball team. He greatly enjoyed driving the team bus and cheering them on to countless victories before retiring from MPS after 35 years.