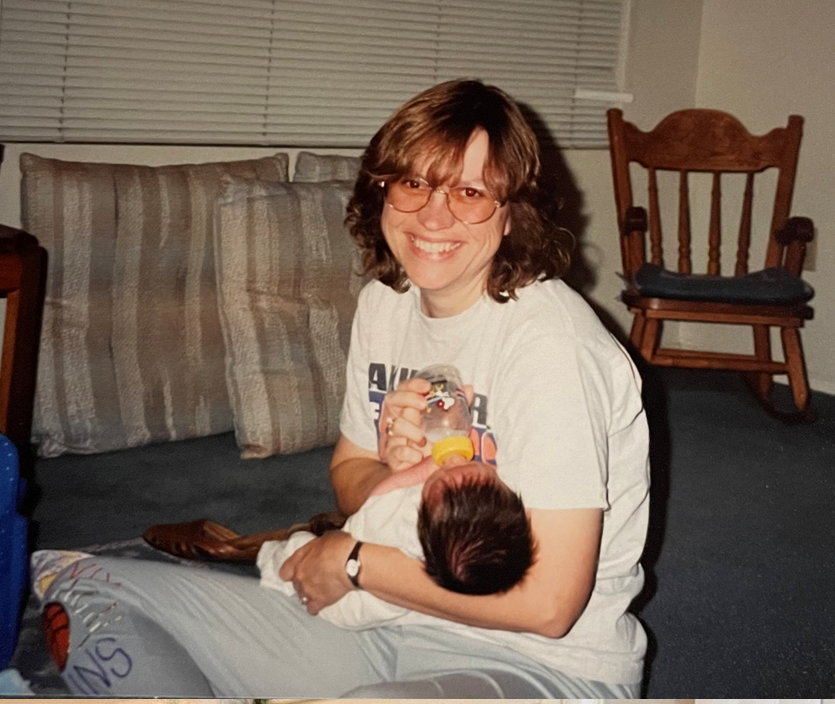 JENIFER K LeMAY SHAFFER was born November 16, 1960, in Cincinnati, Ohio to Lester and Donna Boroff LeMay. When she was 4 years old, she went with her parents, and Eric her 4-month-old brother, on a short-term mission assignment to Johannesburg South Africa. She attended pre-school there and picked up the local accent, and people said, “she sounds just like one of us.” After 14 months, they went to Sango Otto Nigeria and lived in the bush, with no electricity, for another 14 months. They returned to Cincinnati area until 1969 when Lester accepted a pastorate at Casa Grande, Arizona. This lasted till May 1974 when they moved to Mesa and attended Central Christian Church. Jenifer had been baptized in Casa Grande, but when she moved to Mesa, Central became her church home for the rest of her church life. They were very active and served in many areas over the years.

She graduated from Mesa High School, where in her last year she was doing part time work as an accountant as part of her curriculum. She got an associate degree in accounting at Mesa Community College. She then did accounting work, eventually starting her own business, Shaffer Bookkeeping Services, which supported her the rest of her life.

She met Bob Shaffer at church, and they were married at Central Christian (Mesa) on May 29, 1981. He had an accounting degree from ASU, then became a postal carrier. Later he joined Jenifer in her accounting business, even calling her “boss.”

In 1997 they adopted Kathryn Anne (Katie) and brought her home at one day old. She continues to be a delight and a blessing.

In 2019, they became a part of the startup group for Central Christian Church in Tempe, and she remained serving there in many capacities. Over the years she and Bob supported several missionaries/organizations, as well as local charities like Choices Pregnancy Center and Center for Arizona Policy.

Jenifer was aiding her aging parents by doing their grocery shopping and assisting with online shopping and banking. But on July 1st Jenifer suffered some pain that eventually led to her gallbladder being removed on July 3, 2022. It turned out to be an aggressive cancer and God took her home the day before she was to begin chemo.

She is survived by her husband, Bob and her daughter, Katie. Also, by her parents, Lester and Donna LeMay, and her brother, Eric.

In lieu of flowers, the family requests that you make donations in Jenifer’s name to Samaritan Aviation at http://samaritanaviation.org/shaffer.