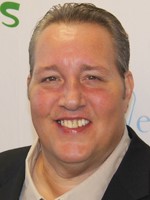 In 1994, Jeff found his home in talk radio as an Executive Producer for an independent talk station in New England. After a few years, Jeff headed west to Phoenix, Arizona to create and eventually establish his vision of Internet Based Radio by founding VoiceAmerica.com in 1999 with a few colleagues. In the subsequent years Jeffrey proved to be a true streaming titan as the President and a Board Member of Modavox, Inc. a public company and the owner of World Talk Radio, LLC. for 10 years following as a private company.

Jeff had a big smile and an even bigger heart, and all that knew him were quick to love him for this. He was surrounded by numerous friends and co-workers, all of whom he considered to be family.

A private funeral service will be held in Coventry, RI to family members.