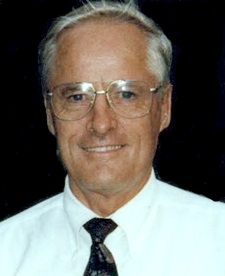 He was born August 31, 1926 in Salt Lake City to Gustave Joseph Lund Jr. and Bertha Alleen Hoopes. Jay is survived by his brother Jack Lund and sister Marilyn Lund Stowe. His brother Spencer preceded him in death.

Jay served in the Navy at the close of WWII as a Signalman 3rd Class on minesweeper USS Oracle on its mission to clear mines from the Taiwan Strait. He earned a Bachelor of Science degree at BYU and a Masters of Public Administration at USC, and worked as a Federal Investigator for 20 years, finishing his career working with the Defense Preparedness Agency (FEMA predecessor). He served in Noxubee County Mississippi in 1966 as a Federal Poll Observer in support of the Civil Rights movement. He lived and died with a deep and practiced faith in God.

Funeral services will be conducted at The Church of Jesus Christ of Latter-day Saints April 27, 2015 at 925 North Harris Drive, Mesa, AZ. Visitation at 9:30 a.m. and services at 11:00 a.m. He will be laid to rest with his parents and parents-in-law at Hickory Ridge Cemetery, Bucyrus, Missouri on May 9, 2015.