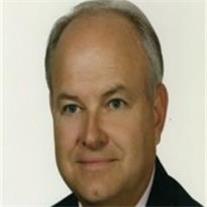 Jones, Jay Dean, 77, beloved patriarch passed away 2/11/12 at his home in Mesa, Arizona. Born in Chandler to Leland and Minnie Jones, Jay Dean is survived by his wife and high school sweetheart Naomi, their three children Michael, Jennifer, and Melanie, and their spouses, twelve grandchildren, and six great-grandchildren. Jay Dean graduated with a B.A. from Arizona State University in 1956 in English and minored in Drama, later finishing his M.A. at A.S.U. His teaching career also began in 1956 at Mesa High School. He moved to Westwood High School at its opening and retired there in 1989. In 1967 he co-founded Mesa Musical Theater. As its only director he thrilled thespians and audiences alike with 24 years of critically acclaimed summer productions. Jay Dean held many prestigious positions in the community and received numerous awards and accolades through the years. His legacy is best found, though, in his loving family and in the lives of thousands of students whose very souls he helped mold. Visitation is Friday, Feb. 17, 2012 from 6-8 PM at Bunker’s Garden Chapel, 33 N. Centennial Way, Mesa. Funeral services are Sat., Feb. 18, 2012 at 11 AM, preceded by a visitation at 10 AM at the LDS Beverly Ward, 1054 W. 2nd Place, Mesa.