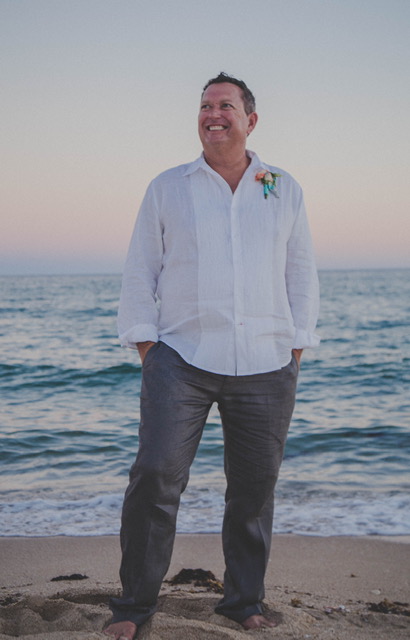 Jason Kenneth Muncy, husband, father, son, brother, cousin, and friend to all, passed away peacefully in his sleep at his home in Mesa, AZ on January 24th, 2022.

Jason is survived by his wife, Angelee Muncy, sons Aedan and Seamus Whitcher and Brian Arciniega and spouse Lindy, parents Ken and Mary Muncy of Gilbert, sister Sarah Muncy of Chandler, nephew Reid Payne, niece Rayna Nuriddin, numerous aunts and uncles, and grandchildren Madison and Gage. He was preceded in death by his maternal grandparents, Jim and Opal House and paternal grandparents, Bob and Darlene Muncy.

Jason brought so much joy to his family when he was born on April 19th, 1971 in Fullerton, California. His parents moved to Arizona when Jason was a toddler and his extended family soon followed, as they could not bear to live so far from his bright light. He attended Ida Redbird and Crismon Elementary Schools in Mesa, as well as Rhodes Junior High. He graduated from Dobson High in 1989, where he was known for his contagious smile and lowride custom VW bug. Jason obtained his Bachelor of Science in Education with a minor in Spanish from Northern Arizona University after studying abroad in Cuernavaca, Morelos Mexico. After graduation, Jason worked as a bilingual interpreter for US Airways prior to joining Southwest Airlines. Jason loved working for Southwest, as it allowed him the freedom to use his bilingual skills and connect with people in a meaningful way daily.

After 45 years of waiting for his perfect match, Jason met Angelee, his soul mate, and they married in Puerto Penasco, Mexico, in 2018. Jason welcomed Aedan and Seamus into his home proudly and prided himself in teaching them to be friends to everyone. His sons remember him for his humor and kind nature, and his parents enjoyed a lifetime of adventures with Jason; he was a wonderful son. Jason was not only a brother to Sarah, but also played the role of “big brother” to his numerous cousins; Britney Saito, Wyatt House, Derek Youngberg, Brandi Lerche, Mark Eib and Marcus King, as well as cousins in other states.

Jason was a huge sports fan, frequently wearing the Seahawks team sweatshirt belonging to late friend Chad McAllister on game days. Jason always had a smile on his face and twinkle in his eye, believing that any conflict could be resolved through friendly conversation. He was a true and loyal friend who will be missed by his family, friends, and colleagues at Southwest Airlines. The family would like to thank the entire Southwest family for their love, friendship and support of Jason over the last 20 years.