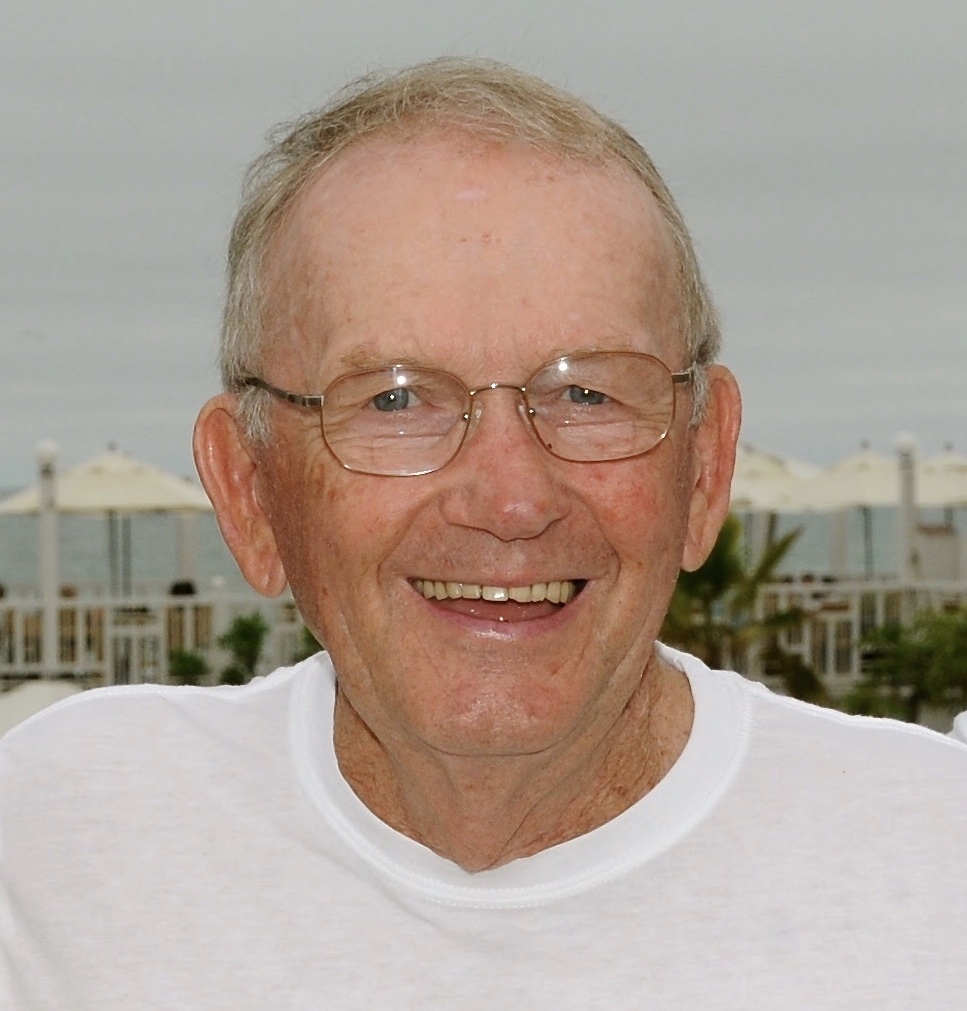 Send Photo of Jaron B. Norberg

Jaron B Norberg (80)—our husband, father, grandfather, uncle, and friend—was born 02 August 1937 in Murray, Utah to John Murray Norberg and Dean Bringhurst. Raised in The Avenues in Salt Lake City, he starred in basketball and track at East High, where he graduated in 1955. He was an excellent pianist and played mostly by ear. He even took piano lessons from famed, Mormon Tabernacle organist Alexander Shriner. He was multi-talented with music, as he had a wonderful bass singing voice and also played both the accordion and ukulele.

He served an LDS Mission in Montevideo, Uruguay for 2.5 years. He played on the Church’s professional basketball team, Club Deseret with mission buddies David Weight, David Udall, and Dick Paul, which he loved doing and always treasured those memories. He spoke beautiful Spanish and was proud of holding on to that language gift throughout his life.

After his mission he returned to BYU, where he studied, and worked.  He married Deena Sherman in the Salt Lake City LDS Temple on 23 December 1960. Jaron also served in the military as a First Lieutenant in the United States Army. He was activated at the time of the Berlin Wall crisis. He graduated in 1962 from Officers Candidate School at Fort Sill, Oklahoma and was awarded Distinguished Graduate. This was also where he honed his prolific sharp-shooting and typing skills. After being honorably discharged from the army, he attended the University of Utah, College of Law, where, after dedicated studying (and golfing, of course, with classmates and professors) he graduated in 1967 with high honors: first in his class, Editor in Chief of the Law Review, Order of the Coif.

Deena supported the family as a schoolteacher during Jaron’s army and law school days. After graduating from law school, he and Deena moved to Phoenix, Arizona to begin his professional life as an attorney at the distinguished firm, Snell & Wilmer. He took the Arizona Bar exam and he was recognized as having achieved the top score in the state. Deena and Jaron settled in Tempe, where they were loving members of the Tempe 4th Ward. He was surrounded by many great people and friends at Snell & Wilmer, as well as within their close-knit LDS Church ward. Jaron left Snell & Wilmer to become Senior Vice President and Corporate Counsel at Arizona Public Service. He was later promoted to Executive Vice President, Chief Financial Officer, and a member of the Board of Directors at APS. He enjoyed immensely his time there with many friends and colleagues. He retired from APS at the end of 1996.  While Michael was in High School and Eric was in Junior High School, Deena attended law school at ASU and graduated in 1983. She went on to clerk for a Federal Court judge and serve as legal counsel to the Mesa Public School District. Jaron was so proud of Deena’s accomplishments.

Jaron and Deena had three sons: Scott Jaron (deceased), Michael Sherman, and Eric Murray. He deeply mourned the loss of Scott (1996), but saw so much of him in Scott’s two sons, Adam and Cody (with Jayme Robinson). The rest of his grandchildren and great grandchildren were also everything to him. He and Deena were affectionately known as Grampy & Granny. Shayna (“Muggs”), his very first granddaughter; Nathan (“Nug”)—married to Mindy Marsh; Megan (“Moose”)—married to Coulter Reynolds; Samantha (“the Beebs”)—who are all Michael & Darci Allred’s children. Henry (“King Henry”); Elle (“Princess Elle”); and precious Chloe—Adam & Sarah Francis’ children. Margot (“Princess Margot”); William (“Prince William”), Jack (“Jack-Jack”)—Cody & Leyla Safsten’s children; and lovely Mila Jo. He was best loved for his “Cousins” song (ingeniously connecting them), Legos and more Legos, giving and getting “huggles” with them, game playing, incessant teasing, and much “Grampy” love.

Jaron loved people. He loved making them know how important each person is. He loved music, photography, the arts, cars, sports, and especially golf. He was a long-time member at Phoenix Country Club where he was a Tuesday, Thursday & Saturday regular. He took many golf trips and played some of the most famous courses in the world—upon which courses he both prayed for putts and uttered many a “dark word.” He had his own Wikipedia of golfing terms (“Triple Poley”; “The Dreaded Triple Reverse-Greenie”; “The Sandie”; “The Sharkie”; etc.). You often needed an HP 12c (or Robert De Niro in “Casino”) to figure out all the odds & bets going on during the course of a round. He loved the tournaments he played in and frequently brought home a trophy to put in his office. (Formidable-looking Kachina dolls were his favorites.) His golfing “cronies” were some of his closest friends.

He had a taste for “nice things” and sharing cultural, historical and noteworthy events and thoughts with those he loved. Whether it was a great book, movie, Broadway musical/play, sporting event, or music. (For instance, he believed he may have personally “discovered” Billy Joel and thus was, of course, largely responsible for that man’s endless career.)

“Sing us a song you’re the piano man

Sing us a song tonight

‘Cause we’re all in the mood for a melody

And you got us feeling alright”

He appreciated greatness in all forms; admired people when performing their best—and was always quick and gracious to tell them. We would always gather for Super Bowls, the NBA Playoffs, the World Series, and of course all the golf Majors. The Masters was considered “Holy Week” to him. That he passed away during this year’s second round seemed only too “of course.”

In his latter years, when he wasn’t golfing, he loved walking and talking with Deena, doing puzzles together, playing scrabble, gin rummy, backgammon, dominoes and watching some of their favorite TV shows: Cheers, Frasier, and Friends. He also became a Grand Master of Tetris with his morning “bathroom time.” (Those little falling blocks didn’t know what the hell hit them.) He was also famous for his “Grampy Steaks,” his “Grampy Scrambled Eggs,” his “Grampy Hamburgers,” and his “Grampy Fruit Drink.” He enjoyed the friends of his kids and grandkids almost as much as his own friends. He and Deena became the Jaron-proclaimed “Extra Granny & Grampy” to many, many amazing young people and would frequently participate in their lives through Instagram and Facebook.

He died the morning of 06 April 2018, surrounded by his loved ones. He died of complications after a year of battling prostate cancer. We want to thank the staff at Banner Baywood Hospital (Dr. Barlingay, Nurse Misa and his ICU Nurse, Katlyn), Dr. Jerry Shockey, Dr. Neel Dharia, and the staff of Santé of Mesa who lovingly cared for him over these final weeks and days.

Consider donations to LDS Church Humanitarian Fund, AZBrainfood.org—or, in true Jaron style, giving a random act of kindness to someone in need.