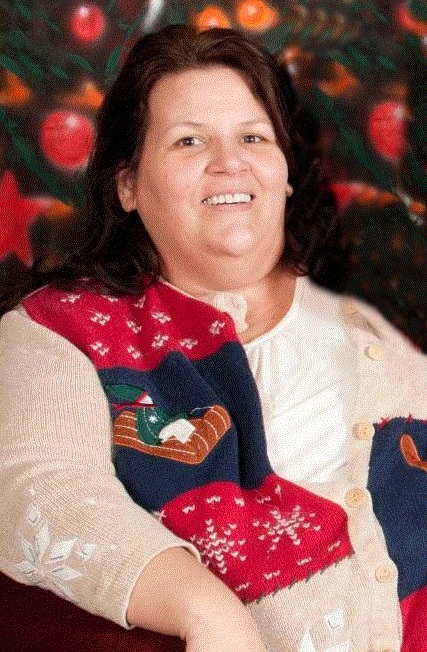 Jana Fowles Woodruff passed from this life suddenly on Sunday, April 30th, 2017.  She will be remembered and cherished by those who knew her for her driving concern for the welfare of others and her always inquisitive sense of adventure.  Funeral services for Jana will be held Saturday, May 6th at 10:00 AM at the Ahwatukee Ward of the Church of Jesus Christ of Latter-day Saints at 4525 East Knox Road, Ahwatukee.  A viewing will be held on Friday, May 5th, at Bunker Funeral Home, at 3529 E University Drive, Mesa from 6:00-8:00 PM.

Jana was born on December 3, 1965 in Salt Lake City, Utah to Gerald Reed and Helen Jeanette Whitmore Fowles.  She was the second of four children, younger sister to Jeff, older sister to Amy and younger brother, Brett.  She is survived by her brothers, her two sons, Logan David and Connor McKay and sisters-in-law Pam and nephew Daughtry.   She was also blessed by a special friendship with Alice Clark, who did not leave Jana’s side at the end.

Jana was always willing to help others, even when she herself was ill, and will be remembered by her co-workers as the person who asked “what can I do to help you?”  She was the person who cooked the shepherd’s pies for those who were sick in bed, and never failed to send flowers to those who she perceived as needing a lift.  She was also a staunch advocate for her sons – which somehow twisted her into a football mom (as long as it was Mountain Pointe).  She was gifted as a listener and a genuine caring person.