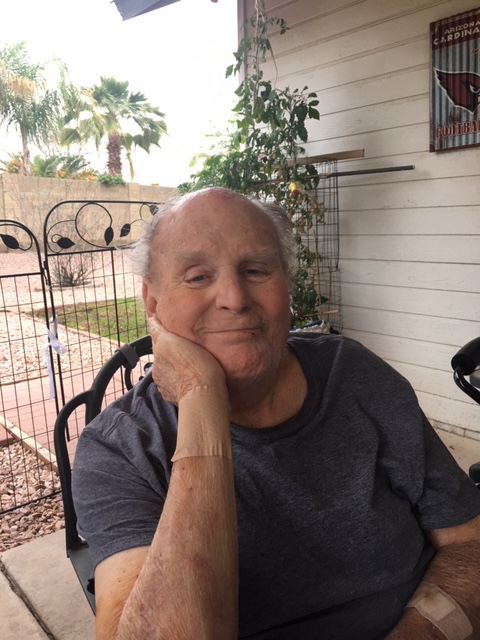 On Sunday, December 11, 2022, James (Jim aka Fitz) Robert Fitzsimmons passed away at 74 years young with his Family at his side. Jim was lovingly devoted to all of his Family and to his faith in God, friends and mankind. Jim was born to Katharine and Francis Fitzsimmons and resided in Chicago, Illinois until he moved to Friendship, Wisconsin where he met and married his loving wife, Marie.

Jim was a Deputy Sheriff/Traffic Safety Coordinator/Training Officer with the Adams County Sheriff’s Department until he and his Family decided to “Head West” and begin another chapter of their life of love in Mesa, Arizona.  Jim became a Phoenix Police Officer, advancing to Detective until his retirement in 2006. For thirty years, Jim was a dedicated police officer directly credited for saving countless lives.

Jim loved music, fishing, road-trips, food and most of all being with his Family. He was gentle and kind.  His smile was infectious and his patience was divine.

A private burial will be conducted at a later date.

A special thanks to Hospice of the Valley for their loving support of our Family.  Heaven holds a special place for all who are loved.