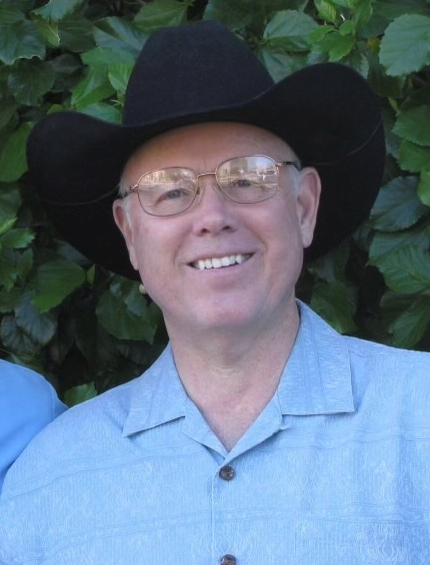 Jim spent his childhood in Salt Lake City, Utah before moving to Arizona during junior high and graduated from Mesa High School in 1960. As the oldest of five boys, Jim learned to work hard and had several jobs in and out of construction as a teenager. Jim was very musical and appeared on TV playing the steel guitar as a young boy. During high school, he played lead guitar and sang in a local band.

Jim served in the New Zealand South Mission in 1961 for The Church of Jesus Christ of Latter-day Saints. Once home, he met and married the love of his life, Ola Mae Tryon, on January 30, 1965, in the Mesa Arizona Temple. Jim graduated from USC in 1970 with a Doctor of Dental Studies and practiced dentistry in Mesa for 32 years. Later in life, he and Ola Mae served a mission at Martin’s Cove and taught visitors all about the LDS pioneer’s trek west, square dancing, and blacksmithing. Jim was very talented in music, home building, and loved working hard and playing hard. He was often found tending his garden, singing, playing the guitar, and sharing his testimony to his children and grandchildren any time he could. He was a wonderful husband, father, and grandfather. We will miss him dearly until at last we can all be together again.

Those who wish to pay their respects are invited to a viewing, Friday, April 22, from 6:00 – 8:00pm at Bunker’s Funeral Home, located at 3529 E. University Dr., Mesa, AZ 85213. The funeral will be held the following day, Saturday, April 23, at 10:00am at The Church of Jesus Christ of Latter-day Saints, located at 2835 E. Des Moines St. in Mesa, with a viewing prior to the funeral service from 9:00 – 9:45am. Interment will follow at the Mesa City Cemetery. For those who would like to view the services online or remotely at 10:00am, please visit the following link: