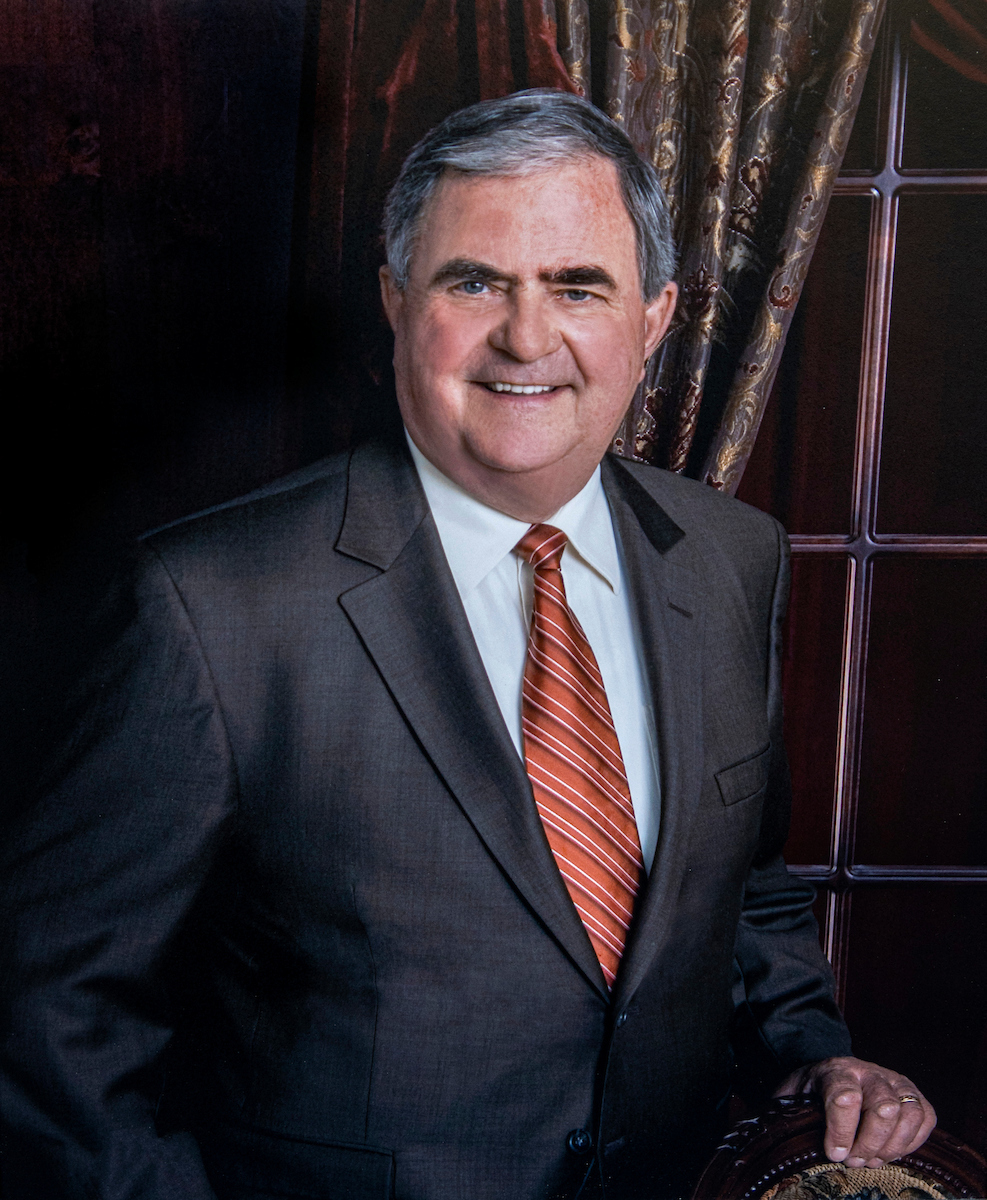 Jim was born on October 9, 1938, in Billings, Montana, son of William and Norma Ross. He grew up near Chinook, Montana on a ranch in the foothills of the Bear’s Paw Mountains. He attended Ada Country School for his elementary years and graduated from Chinook High School in 1956. Jim spent his younger years working hard on the ranch, raising and caring for cattle and sheep and was an active participant in the 4-H program. Jim graduated from Montana State University in 1960 and served his country in the Army where he was stationed at Fort Lee, Virginia.

He returned to Montana and met and married Shirley Hatcher of Fairfield, MT in 1963. Jim began his banking career in 1965 for the Great Falls National Bank which later became Northwestern Bank. In 1973 he became Vice President working in the agribusiness department dealing in farm and ranch loans, later transitioning into commercial loans. Continuing along the financial career pathway, Jim worked for IFG Leasing in Great Falls for several years until moving his family to Mesa, Arizona to work for then Valley Bank Leasing.

After a long and fruitful career in the finance and banking industry, Jim retired and he and Shirley enjoyed many years of travel abroad including trips to Israel, Egypt, Jordan, Greece, Italy, Turkey, Spain, France, Great Britain, Norway, Sweden, Finland, Panama, Costa Rica and many destinations stateside as well.

His love for the beauty and simple life of Montana never waned and he and Shirley spent their summers in Bozeman, enjoying the cool temperatures and breathtaking scenery. They would travel back to Arizona for the winter months, but always looked forward to returning North once the snow melted!

Over the past several years, Jim battled Parkinson’s disease which inhibited his ability to travel and move as freely as he would have liked. As his body began to slow down, his grace, charm, class and dry and witty sense of humor remained sharp.

A member of the Church of Jesus Christ of Latter-Day Saints, Jim held several church callings throughout his life mentoring, serving and caring for neighbors and friends in the congregations.

Jim is survived by his loving wife of 57 years Shirley, his three beautiful daughters: Lisa Ross (Larry Wolfert), Oakland, CA, Lesli Satchell, Billings, MT and Linda Hardwick (Daniel), Gilbert AZ. He is also survived by his younger sister, Karen Benson Huck of Seattle, WA. Jim loved his six grandchildren: Lauren, Avery, Jacob, Braedy, Libby and Beau.  All of them will forever remember their grandfather’s example of hard work, perseverance and dedication to his Savior, Jesus Christ and to his family.

There will be a viewing at Croxford Funeral Home, 1307 Central Ave, Great Falls, Montana the evening of Thursday, June 3 from 6 – 8 p.m. Graveside services will be held on Friday, June 4 at Sunset Hills Cemetery in Fairfield, Montana at 11 a.m.