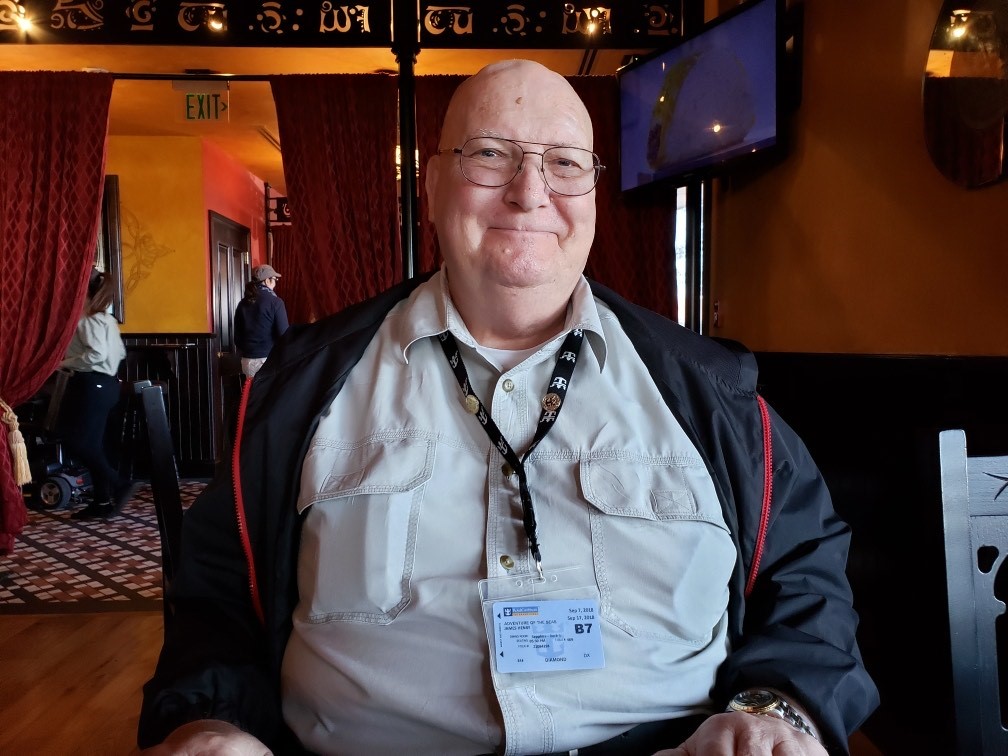 Jim Henry, 74, was born on June 13, 1945. He passed away in his home on December 11, 2019. Jim is survived by his wife Kathy, daughters Becky (Richard) Fields, Diana Henry, Stacy (Daniel) Oertel, son James Henry, Jr, and sisters Sue Bickford, Sandy (Paul) Borsch and Tanna Jo Henry. Jim is proceeded in death by parents Lloyd & Donna Henry, sister Theresa, brother Gerry, and sister Nancy. He served in the United States Navy and Army. At the time, Jim was proficient at morse code – although he could have embellished the story, which he was known to do.

One of the many things Jim loved in life was to make people laugh. You could count on him for a joke (good, bad, or even inappropriate), recounting a story he saw on the news (good or bad) or the latest weather update (yours or his). Before retiring, Jim drove a stretch of road in every state except Alaska and Hawaii as a long-distance truck driver. But, don’t mention the “w” word to him later in life because that was a swear word! The over-the-road career was a love-hate relationship because it kept him away from his family. The open road called him back over the last few years, so he and Kathy bought an RV, which they planned to move into and travel the country. Jim’s love for seeing the world took him, alongside Kathy, across oceans by plane and by boat – the latter was his favorite. Cruising on the open waters was his happy place. Jim loved sharing stories of the ports and cities they stopped at or the elaborate dinner show they got all dressed up for and the subsequent photo they took with the ship’s captain.

Jim enjoyed cheering on the Minnesota Vikings and pointing out when he won the family football pool. He loved old John Wayne movies, Johnny Carson and singing along with Andrea Bocelli, Josh Groban, Frank Sinatra, and Dean Martin. Safe to say that one of Jim’s favorite more recent gifts from his kids was seeing Bocelli in concert.

Jim had the gift of gab and loved talking with anyone who would listen. He enjoyed going to his favorite local watering holes and treasured the friendships he had formed with staff. Jim loved hearing his name being called out and a wave hello from whoever was about to pour his usual.

What he valued the most was his family. His parents, sisters, and brother, large extended and immediate family. Jim and Kathy would have celebrated 50 years of marriage in June of 2020. Married life is full of challenges and detours with a partner you sometimes want to exchange for a new flat-screen TV (and it was only a 28-inch)! At the end of the day, that partner has your back as Jim and Kathy did for each other. Jim loved Kathy and the life they made together. Despite the very long-running joke about not liking sweets, that’s why he married her, he looked forward to having Kathy around 24/7 when she would finally retire. Kathy might have been prolonging retirement – guess the secret is out. Their most significant accomplishments together are their children.

Jim was very proud of and loved bragging about his children Becky, Diana, Stacy, and James, Jr. Each one with their unique talents and gifts that they share with the world today because he and Kathy decided to hang out after meeting at a party on October 25, 1969. Seven grandchildren and a great-grandson filled his heart, and he showed it by teasing them endlessly – after all, he said it was his job to do so!

Jim’s journey was filled with adventures, memories with those he loved, and laughs with friends and strangers. Jim, Dad, Grandpa, brother, uncle, friend … you will be missed by many. May your infectious laugh and smile fill the heavens and be heard by those who love you here on earth until we meet again.

Funeral services are Thursday, December 19, 2019, at 11am, preceded by a visitation at 10am at Bunker’s University Chapel, 3529 E. University Dr., Mesa, Arizona, 85213. In lieu of flowers, donations can be made to JDRF and the Lupus Foundation of America.