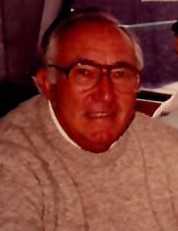 James Howard Massey was born April 22, 1935 in Alma, New Mexico to James C. Massey and Helen Bearup Massey. He joined the Navy in 1952 and was honorably discharged in 1956. He was married to the love of his life, Jeannette Lincoln Massey, on January 11, 1957 and they were later sealed in the Mesa Arizona Temple, with their children on December 22, 1976. They raised four wonderful children in the Tempe area, where Jim worked for Motorola for many years. He spent many happy times hunting with his family and going to Apache Lake to boat and ski. He earned a teaching degree in Biological Sciences, from ASU in 1964 and taught school for two years, later, he returned to teaching in the latter years of his career. He was a faithful member of the Church of Jesus Christ Latter-Day Saints and was the Branch President of the Superior Branch. He and his loving wife completed a mission for the church in the Jackson Mississippi Area Mission after they had both retired.

He is survived by his wife of 61 years, Jeannette, his brother Ron Massey, three of his children, Ginger (Matthew) Massaro, Chris (Geri) Massey and Jon (Nancy) Massey, 12 grandchildren, 28 great-grandchildren and four nieces and nephews. He was preceded in death by both his parents, his sister Helen Rae and his son Mark Lincoln Massey. He has left an indelible mark upon this world and will be greatly missed by all.

A memorial service for Jim will be held on October 6, 2018, at the Lakeshore Chapel, 6001 S. Lakeshore Dr. Tempe, at 3:30pm. His ashes will be scattered later in a private ceremony. In lieu of flowers please make any donations to the Banner Neuro Wellness Center of Gilbert, Arizona.