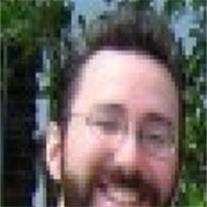 Jim (James Joseph) Giroux, age 41, of Mesa, died on October 11, 2011 from ALS (Lou Gehrig’s disease). He was born July 17, 1970 to Maurice L. and M. Jean (Forcier) Giroux in Manchester, New Hampshire. He attended Calvary Christian High School where he played varsity basketball. Jim went on to graduate from Lee University in Cleveland, Tennessee in 1992 with a B.A. in Psychology. Upon graduating from college, Jim worked as a Christian Youth Pastor in New Hampshire. After moving to Arizona in 1994, Jim worked throughout the valley as a Licensed Independent Substance Abuse Counselor and administrator in the mental health industry. Jim is survived by his wife of eleven years Elizabeth (Lester) Giroux and sons James Adam and Shane Richard. He is also survived by his parents, his brothers Marc and Ken Giroux and sister Linda Provencal. A viewing will be held Friday October 14 from 6 – 8 PM at Bunker Family Funeral Home at 3529 East University Dr, Mesa, AZ 85213. Funeral services will be held at the same location on Saturday October 15 at 11 AM. His final resting place will be at Mountain View Memorial Gardens at 7900 East Main St, Mesa, AZ 85207.