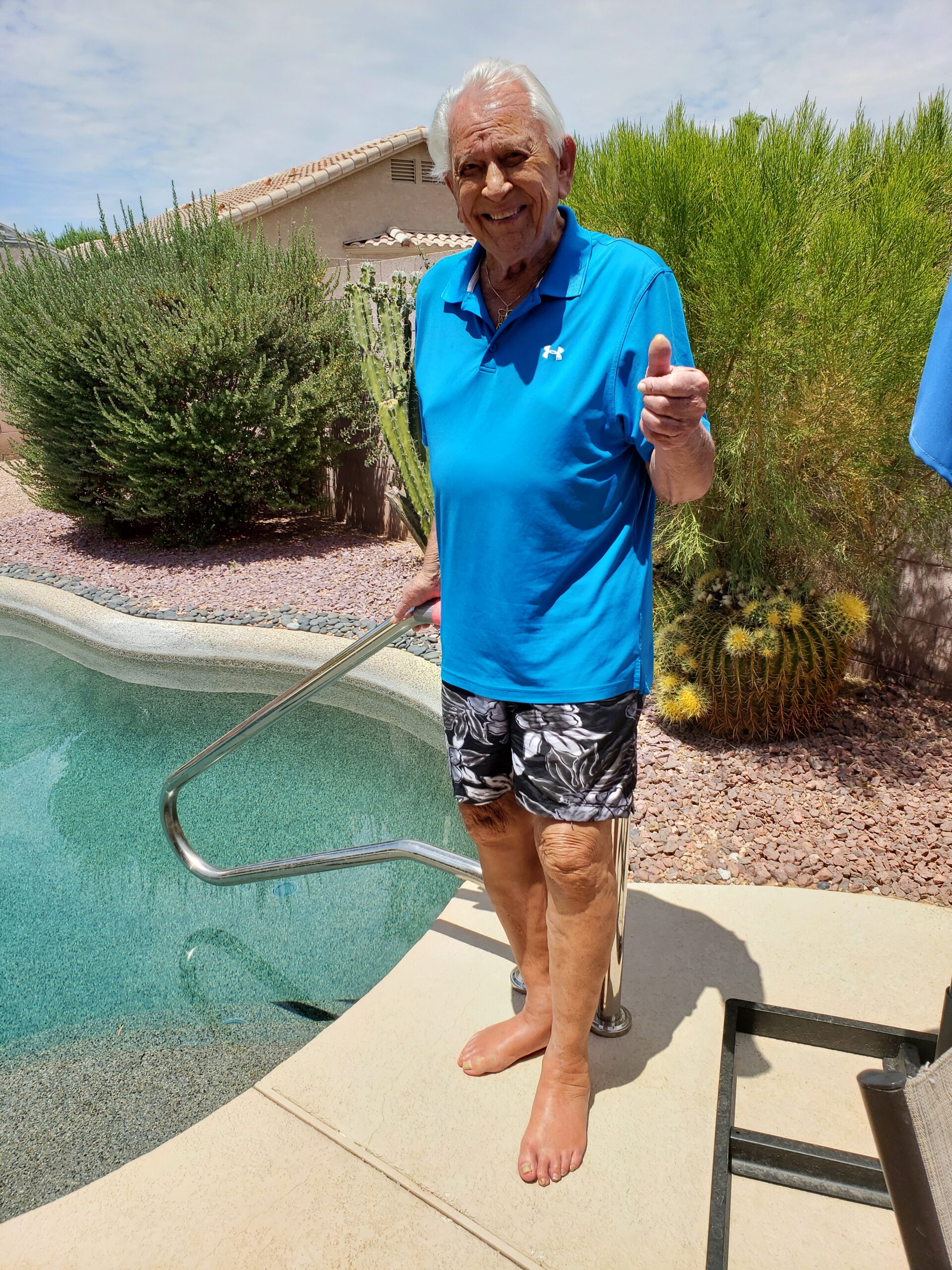 Jack Wayne Wendell 99 passed away quietly and peacefully at his home in Mesa, Arizona on Tuesday November 8th, 2022.  He was born October 12, 1923 in the Southern California Coastal town of  Santa Monica.  Jack was blessed to live a rich, full life that spanned almost one Century.

He is survived by his wife Joann Wendell, 2 daughters Lisa (husband Dave) Leslie (husband Glen) and 4 grandchildren and 5 great-grandchildren.
Jack served in the Air Force during World War 2.  He was a sharp shooter and served as an Instructor to the Gunner recruits.  Successfully teaching them to shoot down enemy planes.  During this time he learned how to fly planes.  Briefly after his service he was a Commercial pilot but, at that time, the pay was so low, that he left to enter the Building trades with his Father Fred and Uncle Bob.
He was a hard worker and open to many opportunities during his lifetime even owning and operating 3 restaurants.  Besides Flying, traveling and golf, his favorite career and one he was very successful at was that of Auto Dealer.  Spanning 50 years, of which the last 25 were in Arizona ending in the little town of Fountain Hills, Arizona.  He was well known  among locals. Making many enduring friendships during this time.
Jack got to enjoy many road trips and cruises with wife number 5, Frieda  and getting close to her family, friends and children, he loved the trips and time in Michigan.
Wife number 6  Joann was an adventure and invigorating being 95 at the start.  Also many trips and cruises and moves until finally settling in Mesa.
He was a good Father and made Christmas and Holidays magical  for his daughters during their childhood.  He was a loyal, loving Father, husband and friend.   A kind and generous man.
Jack Wayne Wendell you were a bright light in the hearts of those who knew and loved you.  You touched so many lives.  Too numerous to say but hopefully, they will hold you in their memories.
You are in Gods loving arms and in Gods memory.
Services will be held at the Mesa Cemetery.  1212 N. Center Street, Mesa, AZ. 85201 (480) 644-2335 on Friday December 9th, 2022 at 11:30 am
Arrangements by Bunker’s Garden Chapel, www.bunkerfuneral.com. Should this obituary appear anywhere but bunkerfuneral.com, please check our website for accurate details and service information.