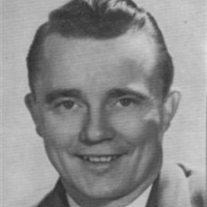 His life’s work was as a master carpenter, including work for Twentieth Century Fox Studios before WWII and supervising finish carpentry work for Farnsworth Construction Company.

Jack’s hobbies included reading and studying the scriptures, hunting for arrowheads and pottery, and while in Hawaii, searching for glass floats. He served in the Navy for four years during World War II, and was honorably discharged as a Chief Petty Officer. He held and magnified many callings in the LDS Church, including Bishop, High Councilman, and served many missions throughout his life. He was called on a Building mission for the LDS church to Hawaii in 1960. He served as the Chief carpenter for the building of the Polynesian Cultural Center and the dormitories for Brigham Young University in Hawaii.

Jack was a devoted husband, wonderful father, and grandfather. He was a loving son, brother, and uncle. Even though he is away from us for now, his love, service and example will be forever with us. He will be greatly missed by all who knew and loved him.