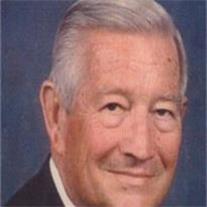 Davis, Jack, 83, passed away Monday, August 16, 2010 in Gilbert, AZ. He was born Feb 14, 1927 in Mesa, AZ. Jack grew up living on N Alma School Rd on the family farm. Jack was a schoolteacher at Mesa High for 9 years. Jack met and courted a colleague and teacher at MHS, Nathel Hutchinson, who became his best friend and eternal companion. He later earned his law degree and soon after passed the bar. He practiced law with a balance of compassion and skill. Jack served on the Mesa Planning and Zoning Board. He later served on the Mesa Public Schools Board. Jack was preceded in death by his son Kyle, father Wilbert, and mother Mabel. He is survived by daughters Stephanie Romney (Bill) and Heather Kelleher (Sean); sons Jeff (Lora), Eric (Molly), Daren (Lindsay); 22 grandchildren; and 6 great grandchildren. Visitation will be Friday, August 20 from 6-8 PM at Bunker’s Garden Chapel, 33 N Centennial Way in Mesa. There will also be a visitation Saturday, August 21 at 9 AM, followed by funeral services at 10 AM at the LDS Chandler East Stake Center, 21320 S. Greenfield Rd. in Gilbert. Interment in the City of Mesa Cemetery. Arrangements handled by Bunker’s Garden Chapel.