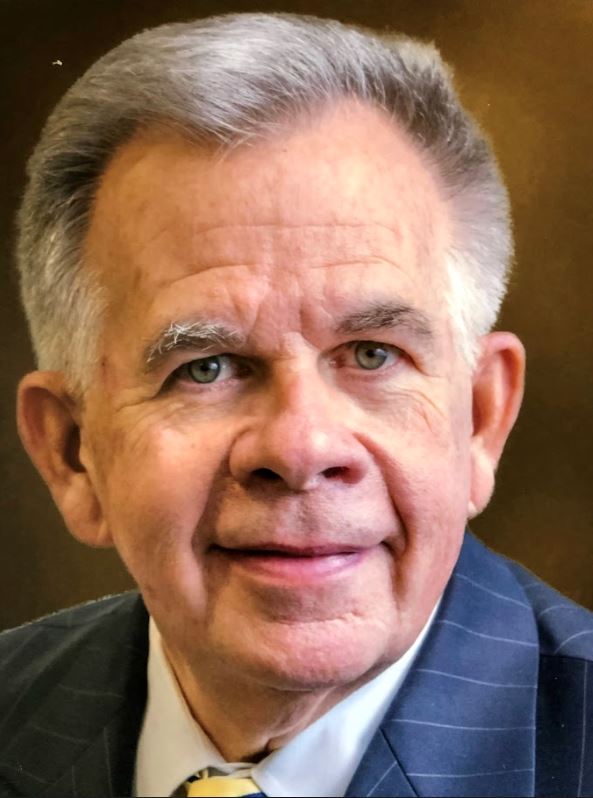 J. Murphy Winfield was called back to his heavenly home after a courageous battle with cancer on October 31st, 2019.

Murph’s life journey began on September 29th, 1949 in San Francisco, California to Alta Marie and James Russell Winfield.  His childhood years and primary schooling were done in San Bernardino. Then later moved to Tempe, Arizona where he would sink his roots deep into the Tempe soil and become an Arizona State Sundevil through and through.

He finished his schooling at McClintock High School as the first graduating class in 1967, where he was involved in and very much loved his time in the a capella choir.

After high school he served the beautiful people of Mexico, when he was called to serve a two and a half-year mission in Mexico City.  He grew very fond of the Hispanic people and their culture and truly found joy serving them and the Lord.

After his mission he was introduced to the love of his life, Diane Urrea.  Later he took his sweetheart to the Mesa Arizona Temple where they were sealed on June 4th, 1971.

There they began their family, loving and learning together, and dreaming of the beautiful life ahead of them.  His ambitions and goals led him to receive his undergraduate from Arizona State University, and then pursue his Master’s degree in International Business at Thunderbird International Business School.

All of his dedication, hard work and determination paid off when he started working for Chrysler International, that would begin their adventure of moving all over the U.S. and World.  A few of their stops were Michigan, England, and Puerto Rico.

Pursuing other avenues, Murph took on a new job with a company called James Benefit, a managed health care company.  This job took he and his family to Texas, Utah, and Arizona.  All the while the company changed names from James Benefit, to Alta Health Strategies and finally, First Health.

He finished off his career with Intermountain Health Care as the Vice President and Chief Marketing Officer. He gave 20 years of dedicated service to so many people he loved dearly, until his retirement in July of 2016.

Through all of these career changes and moves, he never lost sight of what was most important, his family and his faith.

He served diligently and faithfully in every capacity he was called to.  Some of which were, Branch President, multiple Bishoprics, Bishop, scouting, and High Council.  He genuinely and whole-heartedly loved everyone he served and each acquaintance became a dear and life long friend.

Family was everything to Murph, spending time with them was his main desire and goal in life.  His sweet wife Diane was his treasure, and he treated her that way until his very last day.  He enjoyed being outdoors, hiking and biking, boating at Lake Powell, taking his family to Newport Beach and Mexico.  And lets not forget the countless hours he spent watching and cheering on his favorite football team, the ASU Sundevils.  He has passed on his passions to his children and grandchildren who love him dearly.

He is leaving behind a huge hole in all of our hearts, but because of the knowledge we have in our Heavenly Father’s plan, we know he is still with us and we look forward to the day we will see him again.  He leaves behind his beloved wife Diane, his children Jesse (Tyese) Martin (Katie) Ben (Melanie) Rachel (Ryan.)  Grandchildren: Brennan, Ethan, Bo, Courtney, Taylor, Devon, Luke, Charlie, Kailey, Elle, Henry, Amelia, Jane, Kate, and Annie.

We would like to thank the nurses and doctors at the Mayo clinic for their diligent effort and care of our Father and Husband.  Thank you for giving us more time with him.  And to Hospice of the Valley for their constant care, attention and love they so willingly gave.

Please email us your fondest memories of Murphy Winfield to sixbuchanans@gmail.com so that we can put them in our keepsake book to treasure and read through the years ahead.

In Lieu of flowers, please consider donating in Murph’s honor to Hospice of the Valley or The American Cancer Society.