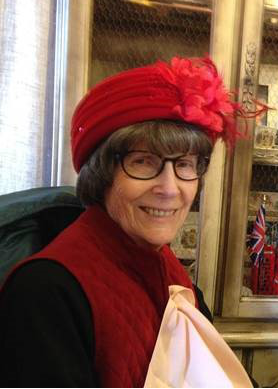 Irene Evelyn Belt, the daughter of John Sidney Belt and Bessie Leigh Belt, was born on December 23, 1922 and died January 8, 2018. Irene was raised in Cortez, Colorado where she attended High School as a student, cheer leader, band member and star basketball player. The strong family ties and good friendships growing up in Cortez lasted throughout her life time.

After High School and by saving her money doing summer jobs, Irene, with the encouragement of her parents, completed nursing school when she was twenty one. After becoming a registered nurse, Irene became an Ensign in the U. S. Navy at the end of World War II. She worked in a Navy Hospital on Mare Island (South of San Francisco) that was caring for wounded marines being brought home from the Pacific theater. She met her husband, Vannie C. Summers Jr., while serving in Northern California. He was a gunnery officer assigned to a Destroyer sailing out of San Diego. They were members of the “Greatest Generation.”

As a Navy Family, after the war, Irene and Van were stationed at several naval bases from New England to Florida, before being stationed at the Norfolk Naval Base till Van retired in 1959 and moved his family to Temple, Az. All of the Summers children attended Tempe Union High School and Arizona State University.

While raising their children in Arizona, Van taught at Westwood High School in Mesa, while Irene became a supervising nurse at Tempe Community Hospital. When her husband of thirty years passed away in 1974, Irene retired from a thirty-two year nursing career. Continuing to live in Tempe and Mesa, Irene lived a busy life as a volunteer in her church, assisting teachers in various community elementary schools and as an active participant in local and state politics. She is survived by her five children: Vannie C. Summers III, Pat Walkington, Tom (and Janine) Summers, George (and Tabitha) Summers and Rachel Summers. At the time of her death, Irene had eleven grandchildren and ten great grandchildren.

Irene Evelyn Belt is also survived by two sisters and three brothers: Betty Barr, Eddie (and Karen) Belt, Bob (and Faye) Belt, Karolee (and Hank) Goodman and the Reverend Tom (and Lucy) Belt. Services for Irene will be held at Bunker Family Funeral Home on 33 N Centennial Way, Mesa. They will begin at 11:00 am Monday, January 15 in the facilities chapel. She will later be laid to rest in the Mesa City Cemetery.