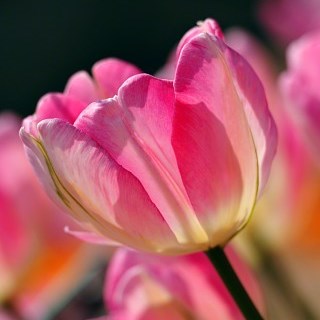 Ida Mae Roebuck, 86, of Chandler, Arizona, formerly of Fargo, North Dakota, passed away January 24, 2016 at Mercy Gilbert Medical Center, with her sister Delores and niece Judy at her side.

Ida Mae was born May 9, 1929 in Napoleon, North Dakota to Christ and Lydia (Streyle) Schwartz. She went to school in Steel and Tuttle North Dakota. She moved to Fargo, North Dakota when she was 18 years old and worked at the Powers Hotel, W.W. Woolworth and then at Amerpride Service for 30 years, until she retired in 1991. After her husband Irving passed away, she moved to Chandler, Arizona in 1992. She married Irving L. Roebuck on May 12, 1961 in Moorhead, Minnesota.

Ida is survived by two brothers, Harold Schwartz of Sioux Falls, South Dakota and Ron Schwartz of Fargo, North Dakota; three sisters, Delores Wagner of Phoenix, Arizona, Betty Berg of Menken, North Dakota, and Ruby Schoff of Bismarck, North Dakota. She has many nieces and nephews. She is preceded in death by her husband, Irving; her parents, Christ and Lydia; three sisters, Marcella, Gladys and Sharon; and one brother Albert.