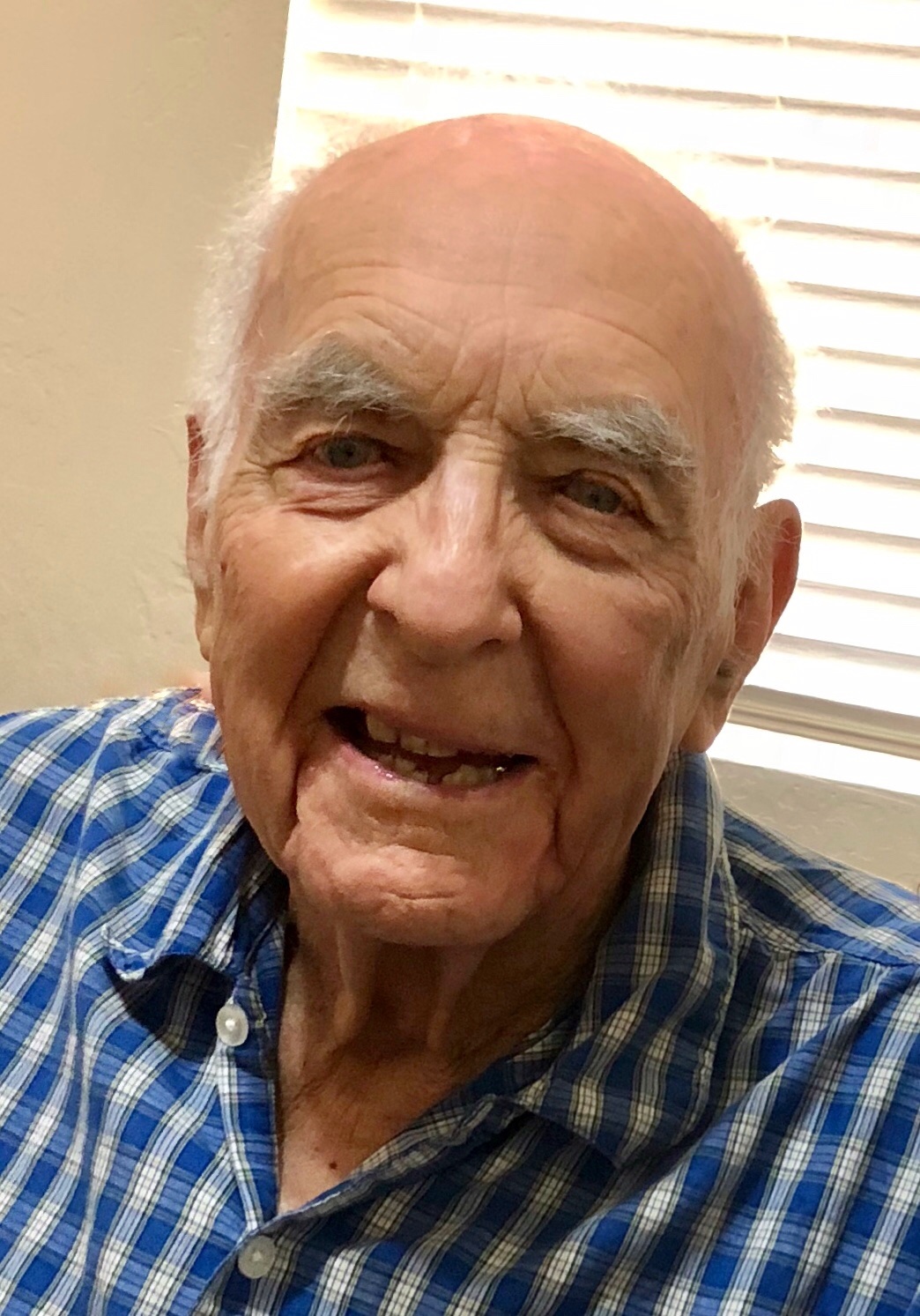 Hugh White Lawson passed away Friday, March 15, 2019,  one week shy of celebrating his 98th birthday.  He resided in Mesa, AZ since 2013.  He was born March 22, 1921 in Tabiona, Utah but was raised in Rocklin, California.  His parents are Minerva Alice White Lawson and Eugene Edward Lawson and has 7 brothers and 2 sisters, all have preceded him in death except Ben who resides in Rocklin, California.  As a boy his favorite past times were swimming and baseball.

He served as a radar operator in the Navy during  WWll.  After being discharged at the end of the war he worked in the ice plant for Southern Pacific Railroad until retirement.

On October 27, 1962, he married Zelda Pearl Mortensen Swan in Reno, Nevada. They resided in Loomis, CA until after his retirement.  From there, they lived in a variety of places in Utah, Nevada and finally in Arizona.  She passed away July 9, 2017 after 54 years of marriage.  They loved dancing and going out to eat.  He was an avid hunter, and loved gardening.   He  rode a bicycle until he was 96 years old.    He is survived by a daughter, Mary Joan Walton (Max), 4 grandchildren, Justine Powell (Chris), Ginger Walton, Melanie Blancas, and Brett Walton, 16 great grandchildren, and 11 great great grandchildren. He also has lots of nieces and nephews.

Hugh is a member of The Church of Jesus Christ of Latter Day Saints.

We all love you and you will be greatly missed!