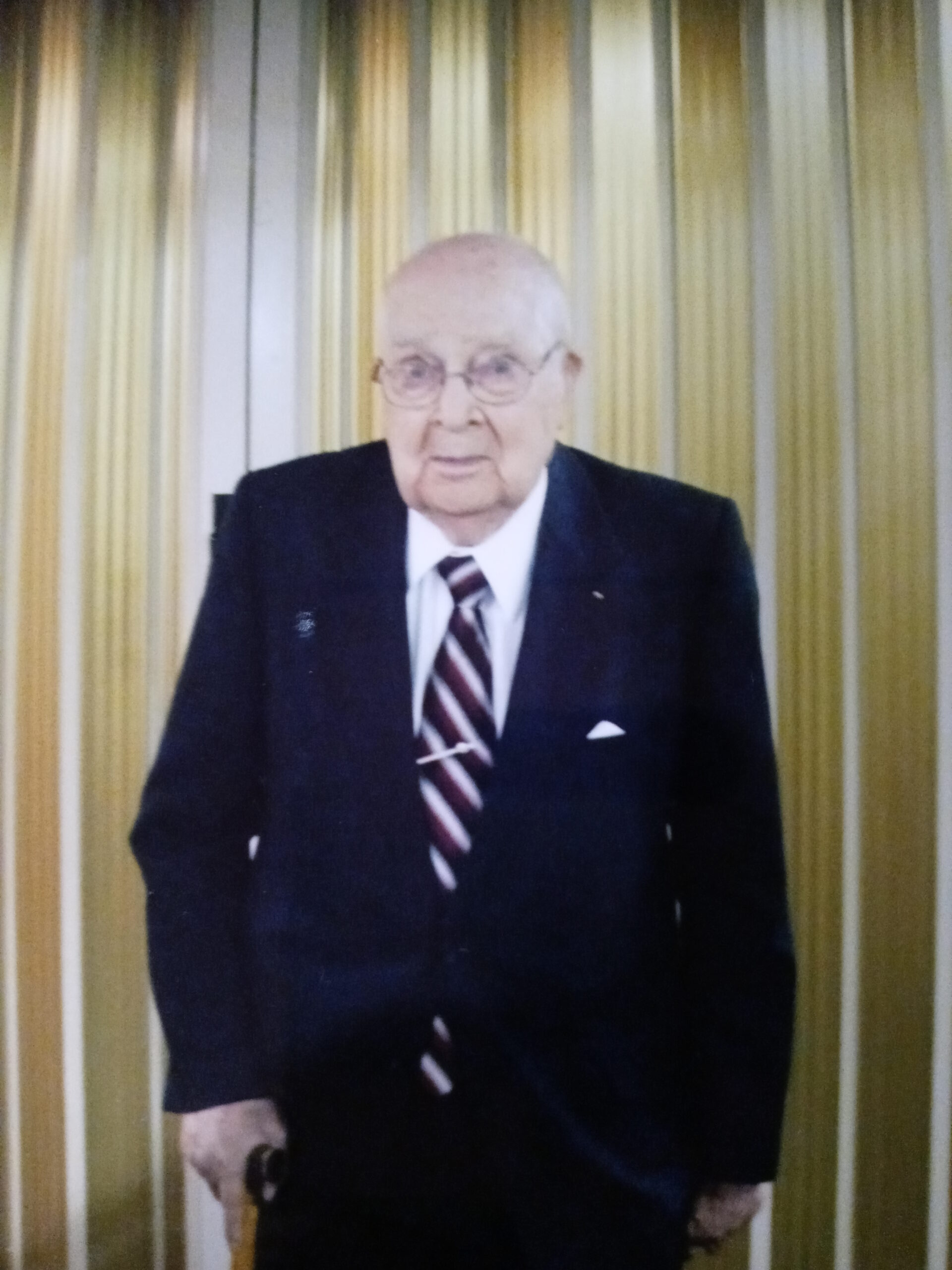 A private interment in Eager, Arizona was held for immediate family with a memorial service to be held later when a larger gathering is appropriate.

He was born April 6, 1922 in Salt Lake City to William Dolphas and Ethel Garn Phillips, the fifth of their six children. He grew up in Salt Lake City and moved to Southern California after high school. While there he worked for Lockheed building airplanes which helped further his lifelong love for aircraft. He enlisted in the Army Air Corps, the precursor to today’s Air Force. He served in World War II in the 500th Bomb Group of the the 882nd Bomb Squadron from 1942 until the end of the war in 1945. During that time, he was stationed in Saipan and flew 35 bomb missions over Japan as a ring gunner in his beloved B-29.

Upon returning home he pursued a zoology degree at UCLA, earning his bachelor degree in 1951. He then taught seminary for the Church of Jesus Christ of Latter-day Saints in Star Valley, Wyoming. After a few years of teaching he moved to Provo, Utah to pursue a graduate degree at BYU. While attending BYU, he was set up on a blind date with a beautiful music student, Harriet Hamblin, and they soon became sweethearts. In 1955 he completed a master’s degree in zoology and wed his sweetheart. They moved to Mesa, Arizona where he taught seminary until becoming the first biology professor at the new Mesa Community College. He loved being a teacher and was very proud of the biology department at MCC and especially the many nursing students he taught. He remained at MCC until his retirement in 1983.

In his retirement he served a mission in the Mesa Family History Library with his wife and subsequently they served as temple workers in the Mesa Temple. These years of service in the church to his fellowmen and his Savior, Jesus Christ, were very satisfying and fulfilling for him. He was able to bless the lives of many people as he provided service in both of these callings.

Following the death of his beloved Harriet in 2002, he turned much of his attention to working with veterans and civic groups. Hugh and Harriet moved their family to Tempe in 1965, where he spent the remaining years of his life. He was a passionate advocate for Tempe, and served many years on his Neighborhood Association Board. During his last years, Hugh enjoyed serving with veteran’s groups as he presented educational programs in the schools and worked to record the service histories of many veterans for inclusion in the Smithsonian Museum.

Hugh is survived by one son, Hugh H. Phillips and two daughters, Priscilla (James) Benitez and Louise (Bruce) Polay, 13 grandchildren and 12 great grandchildren. He loved his family passionately and spent countless hours in service to them. His presence in the family circle will be sorely missed.