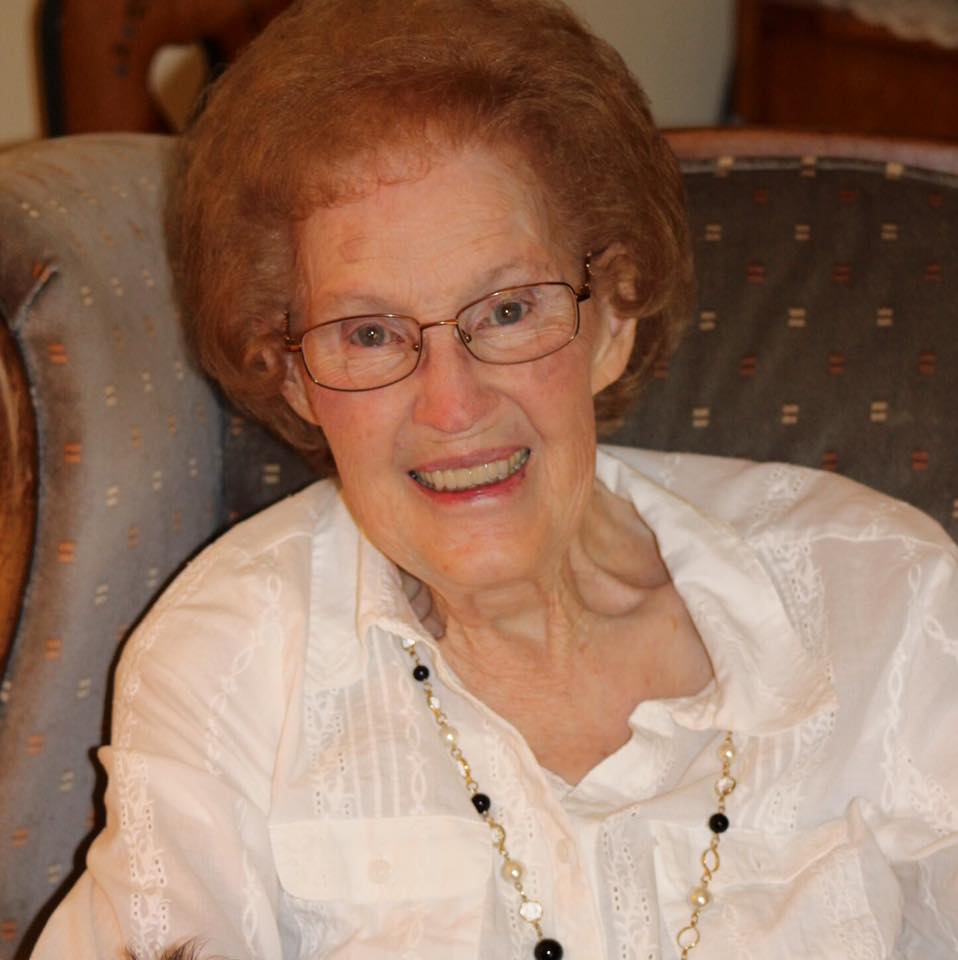 Helen was born on June 7, 1925, in Claypool, AZ, the second of eight children born to Robert Ray Crum and Ruth Anne Smithson. She is preceded in death by her parents, sisters, Norma Arnett, Edna Mortensen, and Ruth Marie Crum, brothers Robert Ray Crum and Herman Dean Crum.  She is survived by brothers Rulon Smithson Crum, and Jack Louis Crum.

She met her beloved companion Arthur Collins Chapman while they were serving as young missionaries in the Central Atlantic States Mission. They were married in the Mesa, Arizona Temple on November 20, 1950. To them were born 5 daughters: Marianne Merrill (Walter), Elaine Fort (Milton), Patricia Freestone (Chris), Janet Ruth Woods (Steven) and Colleen Kay Coleman (Daren). Helen is the Grandmother of 21 and the Great-Grandmother of 52.

Helen was a member of The Church of Jesus Christ of Latter-day Saints and served in many capacities, including Bishop’s wife, Relief Society President, Primary President and Young Women’s leader. Helen loved being a mother and homemaker. She was a voracious reader, a talented alto, gifted teacher and enjoyed traveling to many parts of the world. Her wit and humor were epic as she looked on the sunny-side of life. With five daughters she had many opportunities to hone her sewing talents from Easter dresses, prom dresses to beautiful patchwork quilts and wedding dresses. She was an exquisite cook and delighted her friends and neighbors with her homemade bread and especially her family-secret recipe, date candy. She never met a stranger and was a friend to all.

She will be sorely missed on earth and joyously greeted by many in heaven with open arms including her husband and sweetheart Collins (2012) oldest daughter Marianne Merrill (2008) and great-grandson Parker Lee Jones (2015).