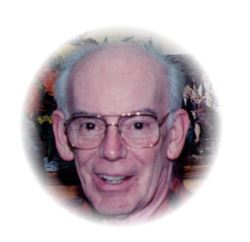 With his family present, Harry C. Furphy, age 92, passed away peacefully on December 29, 2016.  Harry was born December 3, 1924, in Clarkstown, New York.  He was a World War II Army sniper.  After an honorable discharge, he came out to Arizona, to attend Arizona Teacher’s College (ASU).  While in college, he met his wife, Maxine Norr.  Harry and Maxine were married on October 14, 1950 and had 4 children.  He started out as a school teacher, and then worked as an engineer for General Electric and Honeywell for many years.   He was a key part of the computer upgrades at NORAD, in Colorado, during the Cold War, in the 1970’s.  Later on, he worked as a software systems architect consultant.

Harry was preceded in death by his wife, Maxine, in October of 2012.  He is survived by his 4 children: Lesley Hunt, Lynda Key, Jeff and Debbie Furphy, and Christopher and Kim Furphy.  He also has 15 grandchildren and 8 great-grandchildren (with 2 more on the way).  Services will be held at The Church of Jesus Christ of Latter Day Saints at 214 West Grovers Avenue, Phoenix, Arizona, 85023, on Friday, January 13, 2017, with a viewing at 9am and funeral service at 10:30am.  Following the funeral service, an Honor Guard Military Ceremony will be held outside of the church building.

In lieu of flowers, please make donations to the Avery Huffman Defeat DIPG Foundation online at https://averystrongdipg.org/donation/ or mail to: Avery Huffman Defeat DIPG Foundation, P.O. Box 1811, Auburn, WA 98071.  100% of donations (minus payment processing fees) go to research for a cure. DIPG stands for Diffuse Intrinsic Pontine Glioma, which is a rare form of terminal brain cancer, in children.  One of Harry’s great-granddaughters has this cancer.