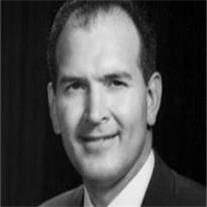 Harold Rawson Gaisford, 91, Gilbert, Arizona, died April 7, 2011. He was born April 26, 1919, in Ogden, Utah. At age 16 he moved to Berkeley, CA, where he took a variety of jobs to help his mother support three younger brothers. He took night classes to improve his employment opportunities and his singing and acting talents. He married Geraldine Lambert on April 25, 1942 in Oakland, CA. He enlisted in 1942 and was promoted through Army ranks to Corporal, First Lieutenant, Captain and Major. After working for a radio station on-air and in sales, he found his nitch in insurance sales, which led to promotions and moves to Utah, Texas, and Arizona. In 1966 he established Gaisford Insurance Agency, which he operated for more than 30 years, bringing his son Gordon into the business. Harold enjoyed many callings in the Church of Jesus Christ of Latter-day Saints, including choir director, Bishop of the Phoenix 16th Ward, and Mesa Temple worker. He worked alongside his children and grandchildren to impart his skills, his strong work ethic, and self-reliance. His sweetheart of 60 years preceded him in death in 2001. He is survived by four children: Hal (Kay), Steven (Tamara), Gordon (Leslie), and Elizabeth (Chris Cardon). His legacy includes 19 grandchildren and 45 great-grandchildren. Funeral services are Saturday, April 16, 11 AM, Lakeside Ward LDS Chapel, 1005 N. Voyager Dr., Gilbert, visitation one hour before. Arrangements by Bunker’s Garden Chapel.