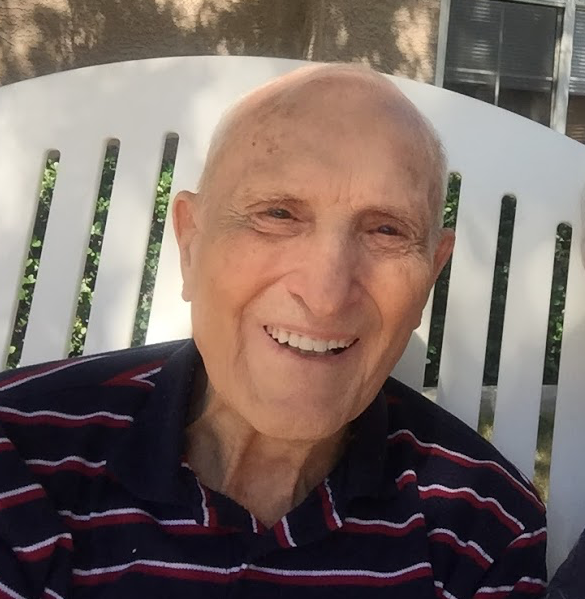 Hal was born on August 7, 1928.  He was the youngest of 6 children and the last of his family to depart from earth.  A native of Chandler, Hal attended Chandler High School.  After High School he enlisted in the US Navy and served two years before he was honorably discharged to help his ailing father with the family farm.

Hal was an instrument technician in oil refineries for much of his life.  He had the opportunity to travel and live in a number of places in the world including Saudi Arabia, Curacao, Alaska, California, Utah, and Texas.  He loved to travel and explore around where he lived.

Hal married Martha Louise Jewell on October 20, 1950 in Mesa, AZ.  They had 7 children and 20 grandchildren along with numerous great-grandchildren.  Hal was preceded in death by his wife, Martha and 2 children, Diane and David, who he now goes to join in Paradise.

Over the past 20 years, Hal has been challenged by Alzheimer’s.  Even through the challenge he remained positive, happy and loved to sing.  His favorite tune was “It’s a Lovely Day” and he brought joy to all who heard him sing.  Hal is survived by his children Deborah, Dale, Dawn, Rebecca and Sean.