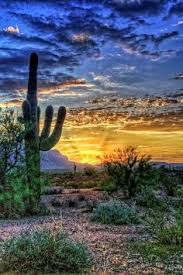 Peter James Hager, 66, of Tempe, passed away July 2, 2015 in Tempe, Arizona.  Peter was born December 25, 1948 in Phoenix, Arizona. Peter is a veteran of the Vietnam War where he earned an Army commendation medal and a Vietnam service medal with 4 bronze service stars.  He honorably served for 3 years with 1 year of active duty service in Vietnam as a radio operator.  In his leisure time he once pursued skydiving, fly fishing, raised racing pigeons, and was an avid photographer. He was a generous man and had an unforgettable sense of humor. He will be missed by all.

He is survived by his wife of 25 years, Kathleen; daughters, Kendell Gans (David) of Phoenix, AZ.; and Karley Piercy (Michael) of Chandler, AZ; one grandson, Ari Gans; a sister, Lana McGinnis (Jack) of California City, CA; and a brother Michael V. Hager. Peter was preceded in death by his parents, Clarence V. and Bessie L. Hager.