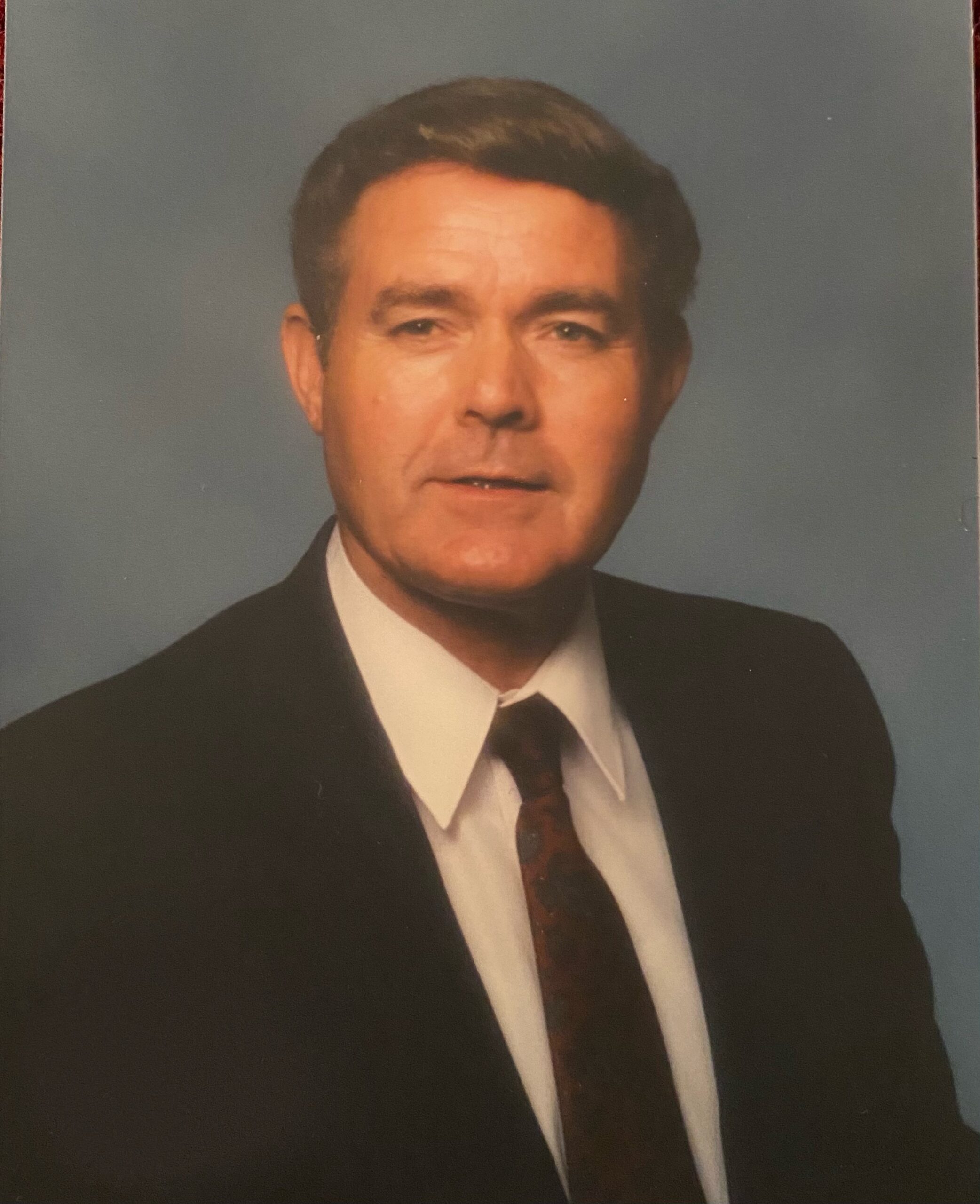 * * Here is a link to watch the funeral services* https://youtu.be/mny2lyW98Fw

Our noble father, Guy Maurice Buckley, passed away peacefully at his home on Friday, September 10, 2021, surrounded by many of his children and grandkids. He had recently been suffering from complications from radiation treatments from his successful battle against cancer 17 years earlier. It was an honor to have the opportunity to serve Dad and Gramps these last few weeks because he had devoted so much of his life to taking care of his family.

Dad was born in Kilgore, Texas on November 21, 1936. For all those who knew him, he was a dynamo, always working hard—whether he was serving the Lord or helping defend someone with his brilliant legal mind. He loved to laugh, and in his conversations with family, friends or even colleagues, was ever ready with a story or joke. With his kids, he’d test us on our knowledge in a myriad of subjects, always interested in our opinions on everything from Church doctrine and history to the day’s current political events.

For the last nine years, Dad had been valiantly pressing on without his beloved wife, Ruth. We were all so proud of him because Mom was everything to our dad. But he didn’t squander the time he had remaining and spent so many of his days going to bat for those who needed his wisdom, compassion and vast experience. There never was a better lawyer to have on your side. He would fight for what was right and you knew the Lord was with him. He never failed to talk about the gospel with his clients. He had a sincere desire to help people improve their lives.

Dad grew up dirt poor, and worked with his siblings (one older brother, five older sisters and one younger sister) as a migrant field worker, primarily picking potatoes and cotton. And did he LOVE to tell those stories! He was a great brother but had to put up with a lot of teasing from his sisters because, according to them, Dad was his mother’s “golden boy” who could do no wrong. He would defend himself saying he was just obedient and never caused his mother any grief.

Dad’s mother, who had served a mission herself, died when Dad was just 18. His older sister, Mitzi, had just returned from her mission and encouraged Dad to go. He served a very successful mission in the Northwestern States and loved every minute of it.

After his mission, he met our wonderful mom, Anna Ruth Woodhouse, and for Dad, it was love at first sight. He asked Mom to marry him on their second date. She was a bit horrified, but he wasn’t about to give up. It didn’t take long before they were sealed in the Mesa Temple on February 23, 1961. A week before Mom passed away, she called Dad her “diamond in the rough” and between the gospel’s refining influence on him and her love for him, any rough edges he’d had as a young man had been smoothed out and what was left was a precious gem.

Dad earned a bachelor’s degree from ASU in economics with a minor in geology and then went to Tucson with Mom to earn his law degree from the University of Arizona while Mom taught 2nd grade there for a year or two. He also spent several months in NYC getting his stockbroker’s license. Dad needed very little sleep which always seemed unfair to the rest of us mortals as he was also gifted with a quick mind and photographic memory. We’re pretty sure Mom will be lobbying for some of that amazing memory now that they’re back together again.

Dad was a fearless missionary and loved to talk about the Savior to anyone he could. He was happiest serving as a missionary for the Lord. When the Spirit would prompt him to approach even a stranger, unlike most of us, he’d obey. Days before leaving this earth, he was bearing his testimony to his hospice nurse. He had so very little strength but was using it the best way he knew how to the very end.

His testimony of the Savior has had a lasting impact on all his kids. In our family, we often say that we got our faith from Dad and were taught the gospel and how to apply it in our lives from Mom. They were a great team. Besides Dad’s four or five stake missions (we lost count), Mom and Dad went on to serve four full-time missions together for The Church of Jesus Christ of Latter-day Saints in Macon, Georgia (twice – once before his colon cancer was discovered, and then a second time after he had recovered). Then they were called to Burns, Oregon and Portland, Oregon. They requested that all their calls be proselyting missions. It wasn’t easy on Mom with her shyness and bad back, but she didn’t complain and was the perfect counterbalance to Dad’s boldness and strength.

Many who knew Mom and Dad would have been surprised to learn that his shy Ruth was actually in charge at home—not because she nagged or used some manipulative ploy to rule the roost; rather it was because our dad loved Mom so much that he was happy and willing to do whatever he could to make her happy. And our mother returned the favor by giving Dad a home that was filled with beauty, laughter and love. Mom loved children and had a special gift for mothering, and soon they had eight of their own. Our family was also blessed to have sweet Felicita Nakai from the Church’s Navajo placement program become part of our family from the 8th grade on.

Dad served in a variety of Church callings over the years. He particularly loved being Bishop of the 63rd ward from 1985 to 1990 because he cared so much about the ward members. It put him in a position to help and serve even more. He was also called to serve as a regional welfare bishop for several years, helping many who needed a compassionate and inspired leader to help them get back on their feet. His last calling was as a primary teacher and he couldn’t have enjoyed that more.

Besides the gospel, Mom and our family, Dad’s great loves were deep-sea fishing, rocks (he kept a collection of unusual finds in his closet), the oil and gas industry, trading in the stock market and playing with his kids and grandkids. He was the best horsey EVER and was still playing “hide and seek” with his youngest grandkids just weeks before his passing. Dad was a ham and that made family home evening very entertaining as he often wanted to “act out” the stories. Just two years ago, he was wanting to write a screenplay for a great movie idea he had. Dad dreamed big and that made life fun for those around him.

Dad was so generous in helping those with financial difficulties. As just two examples, he helped our mother’s dear sister, Beth, buy an apple orchard and a home when our Uncle Gary died in a plane crash. He also took care of our mother’s salt-of-the-earth parents for years, buying them a home in Payson, Utah, near Beth, and making sure they had what they needed. Dad adopted Mom’s folks as his own. He adored them and the feeling was mutual. Dad understood that money was to help others, and not just to be spent for pleasure. Dad didn’t buy himself toys or fancy cars. Instead, he bought things for his family to enjoy. Dad never mentioned helping anyone financially to the family, but our Mom made sure we knew what kind of gem we had for a father.

Although we would have loved to keep our magnificent “wagon master” with us for the tumultuous days ahead, we are thrilled he’s with our beautiful Mom again and that he’s back to teasing her and kissing her at every opportunity that presents itself…or doesn’t. He tended to snatch those kisses whenever he could, embarrassing Mom. We know we now have one more cheerleader in heaven, rooting alongside Mom for us to be faithful and do well in this life then hurry back home to be with our Heavenly Parents, our loving Savior and the best parents we could have possibly asked for here on Earth.