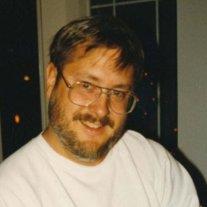 Gregory Cooper, 57, passed away December 28, 2013, in Mesa, Arizona. He was born to Ray and Anne Cooper in Austin, Texas on January 25, 1956. Greg was preceded in death by his parents and is survived by his siblings John, Connie, Jeanne, and Tom, as well as his nieces Blake and Hannah and his nephew Wesley. The first part of Greg’s life was spent on multiple bases in an Air Force family, in Kansas, California, Ohio, Goose Bay, Labrador and Texas. As an adult, Greg established a career in the semiconductor industry which took him to Mesa, Arizona. Greg loved Arizona and the desert. He enjoyed spending time outdoors with his close friends camping and hunting. Greg was taken too early in life, and will be missed by his family and friends. In lieu of flowers, donations to the American Diabetes Association would be appreciated. A celebration of Greg’s life will be held at a later date.