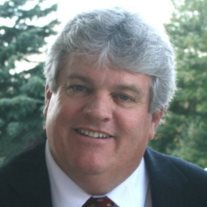 Grant Edward Kelley, wonderful husband, father, grandfather, son, brother, uncle, and friend passed away August 7, 2014. Grant was born in Tucson, Arizona on July 1, 1961 to Criss and Judy Kelly. He had a happy childhood filled with family, friends and fun adventures as he lived in Tucson, Mesa, Phoenix, California and Iran. He graduated from Mesa High School in 1979 where he swam on the swim team (even competing at the state meet), won awards for his architectural designs and drafting and played trombone in the band. At 19 he left Mesa to faithfully serve an LDS mission in the Belgium, Brussels mission where he had wonderful experiences and made great lifelong friends. When he returned, he married his eternal sweetheart, Karen Cowgur, who had been his best friend since they met in 7th grade band. He graduated from MCC and ITT Tech and worked as a design engineer with many companies, mostly in the medical engineering field. For the past 6 years, he enjoyed working at Solid Concepts. He always had an intelligent mind for mathematics and loved designing and creating something that started as an idea and then turned that idea into a reality.

Everyone that knew Grant loved him for his kindness, his always-present smile, his devotion to his family, his faithfulness to the Gospel of Jesus Christ and his willingness to help anyone and put their needs before his own. He loved traveling, snow skiing, boating, water skiing, cycling, and being with those he loved. He is survived by his wife, Karen Cowgur Kelley, his children Clint (Litsy,) Kacy Sparrow (Jonathan,) Ryan (currently serving an LDS mission in Argentina,) and Geena and his precious grandson Boston. His parents Criss and Judy Kelley and siblings Kenny (Leslie,) Aaron (Michelle,) and Kristen Johnson-Martinez (David,) as well as many aunts, uncles and cousins mourn his passing.

The family wishes to thank the staff of Banner Gateway Hospital ICU who were all so helpful and kind during the week of Grant’s critical illness with liver failure and pancreatitis.

A Visitation will be held Thursday, August 14th from 6:00 to 8:00 p.m. at Bunker’s Garden Chapel, 33 N. Centennial Way in Mesa. Funeral services will be at 10:00 a.m. on Friday August 15th at the Alta Mesa LDS Stake Center located at 5350 East McLellan Road in Mesa. Contributions to his children’s education fund can be to kckerby@cox.net.