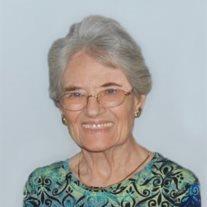 Gertrude Alcie Duncan Cluff was born September 21, 1926 in Greenfield, MO, to Philena Rose and John Harvey Duncan. She was the seventh of nine children. Mom had 6 older siblings and she was in the oldest of the last three. The older children were assigned a younger child to help take care of. Aunt Tina was assigned to take care of Mom. One time when Mom was sick with the mumps, Aunt Tina gave Mom pickle juice. Apparently, that wasn’t a very pleasant thing to drink when you had the mumps. But as Mom got older she and her sisters became the best of friends. Mom even lived with Aunt Bee when she moved to Seattle. Then later she lived with Aunt Bee in San Francisco where she worked after finishing Business College in Kansas City. Mom and Aunt Bee went to a dance where she met Loren Alva Cluff in 1956. After a few months of courtship, they were married in Reno, Nevada on June 11th 1956. So they would have been married 58 years, tomorrow. Soon three daughters joined their family; Debbie Woodland (Carl), Bev Hiatt (Lamoyne) and Sue Cenatiempo (Scott). Her love of family extended to Loren’s three children from a first marriage, Myrna Merriman (deceased), Dennis Cluff (Beverly), and Nancy Duckworth (Brian). Trudy was an exceptional woman who did it all. She raised her family, was active in the LDS church and served in many callings. Trudy especially enjoyed genealogy and family history. She was an excellent cook and her Sunday dinners were legendary. Trudy continued to work in the business world as a clerk typist for the cities of San Jose and Perris, CA as well. Her retirement years found her moving to Hemet with Loren and then serving two missions for the LDS church– one to Tampico, Mexico and the other to San Antonio, Texas. Trudy and Loren spent 33 years in Hemet where they enjoyed the association of many friends. Her life was filled with quiet service and her strength and fierce love has carried the family through happy and tough times. Loren and Trudy relocated to Arizona in their later years to be closer to family. Trudy is survived by her husband of 58 years, her daughters and son-in-laws, eleven grandchildren and 13 great-grandchildren, along with many other extended family. Funeral services are Tuesday, June 10, 2014 at 10 AM, preceded by a visitation at 9 AM at Bunker’s Garden Chapel, 33 N. Centennial Way in Mesa.