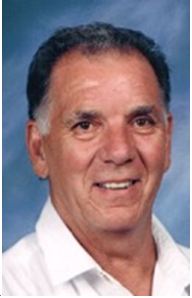 Gerald (Tom) Clark, 80, passed away Tuesday, September 15, 2015 in Mesa, Az. He was born April 20,1935 in La Crosse, Wisconsin to Hiram and Catherine Clark. While growing up there, he enjoyed hunting and fishing and attended Logan High School. He married Shirley (Skip) Lawrence in 1956 in La Crosse. They moved to the Kenosha area in 1959 where they  raised their family. He worked for the American Brass Company in Kenosha for a number of years. He retired  from Hollister Corp. in Libertyville, IL. in 1999, followed by numerous road trips and vacations. They moved to Queen Creek, AZ in  the summer of 2013.

He is survived by his wife and four children, Scott (Lynda) of Milton, WI; Julie (David) Hackamack of Gilbert, AZ; Bruce (Kenya) of Reno, NV; and Thomas (Cindi) of Kenosha, WI; Eight grandchildren, two great-grandchildren, and many nieces and nephews.

He was known for his sense of humor, high energy, work ethic, altruism, and love of family. His proudest accomplishment was organizing the first Clark family reunion, an event that has endured through six generations.

A celebration of his life will be held in La Crosse on Saturday, Oct. 17th, 2015. Details to be announce at a later date.