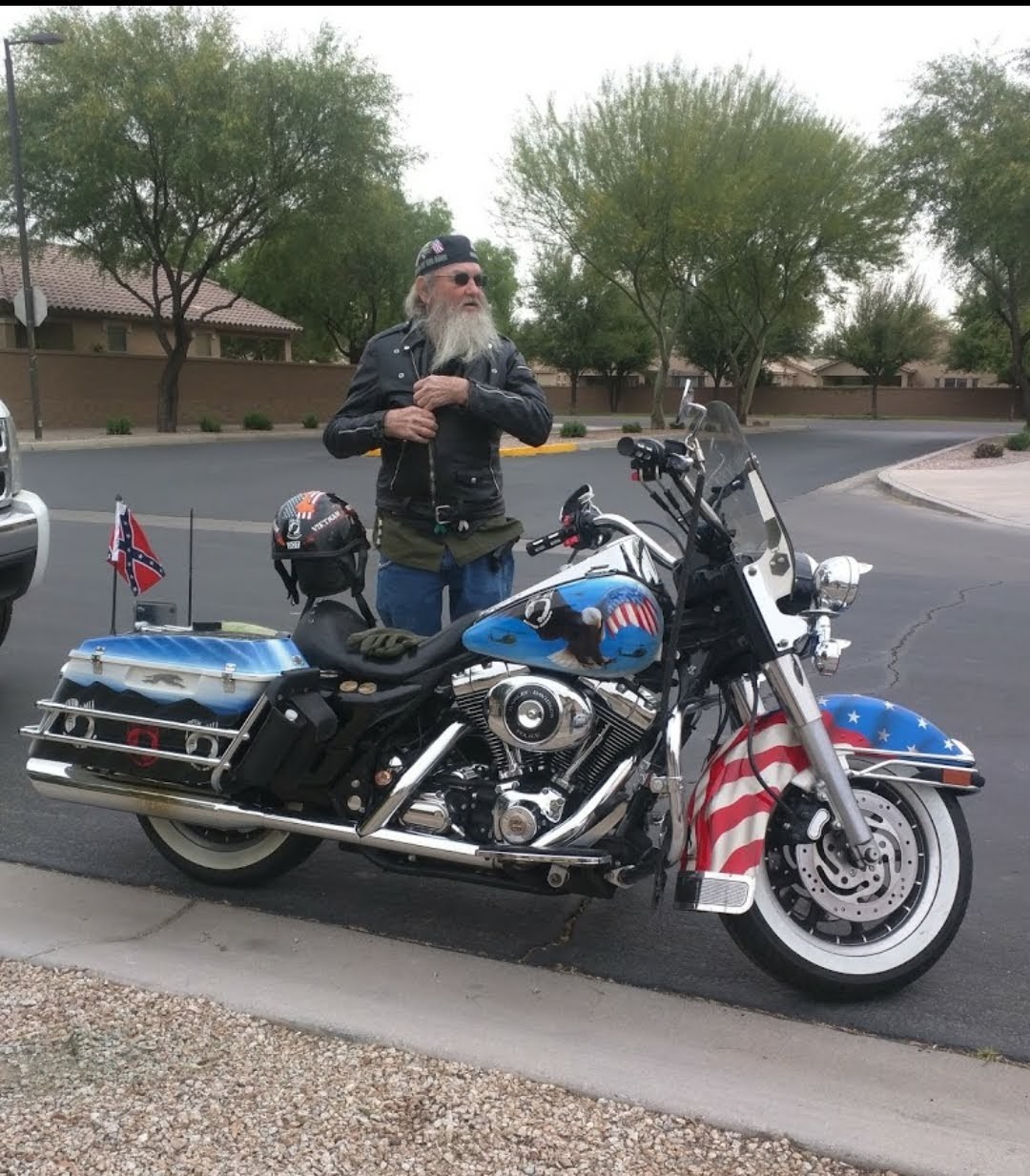 Jerry Bellows, 72, passed away peacefully on Wednesday, August 4th, 2021, at home listening to CCR surrounded by family as he lost his battle with Cancer.

He attended West Wood High School and graduated in 1965.

He was a Crew Chief, flying in a UH-1 Huey helicopter with the 240th Assault Helicopter Company called Greyhounds. He was in Vietnam from 1969-1970.

Jerry enjoyed life and people and was always quick to start a conversation or make a new friend. He laughed a lot and so did the people around him. He loved a good story or joke and loved a good scare.

He married Rhonda in September of 1986, they had a great life and many adventures raising 3 children together, and some bonus kids along the way. They had a strong family bond that remains that way to this day.

He loved being outdoors and was an avid camper going with family and friends whenever he could. The White mountains in Arizona were one of his favorite spots.

He had a trucking company named Bellows & Sons and worked for Sunkist for years- His First Truck was a Kenworth and was known as the “Green Bean” on CB radio through the 1980’s and 90’s; He was always willing and able to help fellow truckers stuck on the highways or anywhere else for that matter, if he had it to give it was yours.

His Burial will be held at The National Cemetery on Monday August 16th, 2021, at 10am