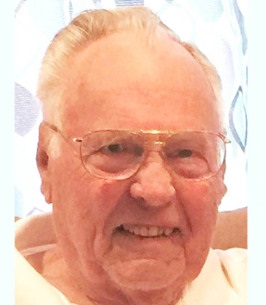 Gary A. Enger, 88, of Watertown, SD, passed away surrounded by family on February 16, 2019 in Mesa, AZ. Services will be held at a later date in Watertown, SD.

He served in the United States Navy from 1948 till 1950 when he was honorably discharged. Gary married Mattie Sietsema on July 16, 1949 in Kingsland, Georgia. The couple moved to Watertown, South Dakota in 1958. Gary was employed as a bricklayer by Schull Construction, Gray Construction, then formed Kraft and Enger Masonry. For the remainder of his working career, Gary was self-employed as a mason contractor. When the couple retired they purchased a winter residence in Arizona while continuing to spend summers traveling in their RV with their Winnebago Club, the Ringneck Winnies.

He was a member of Grace Lutheran Church, American Legion, Bricklayers Local #5 and the Winnebago Club.

He was preceded in death by his parents; a brother, Floyd, and a brother, Alden.