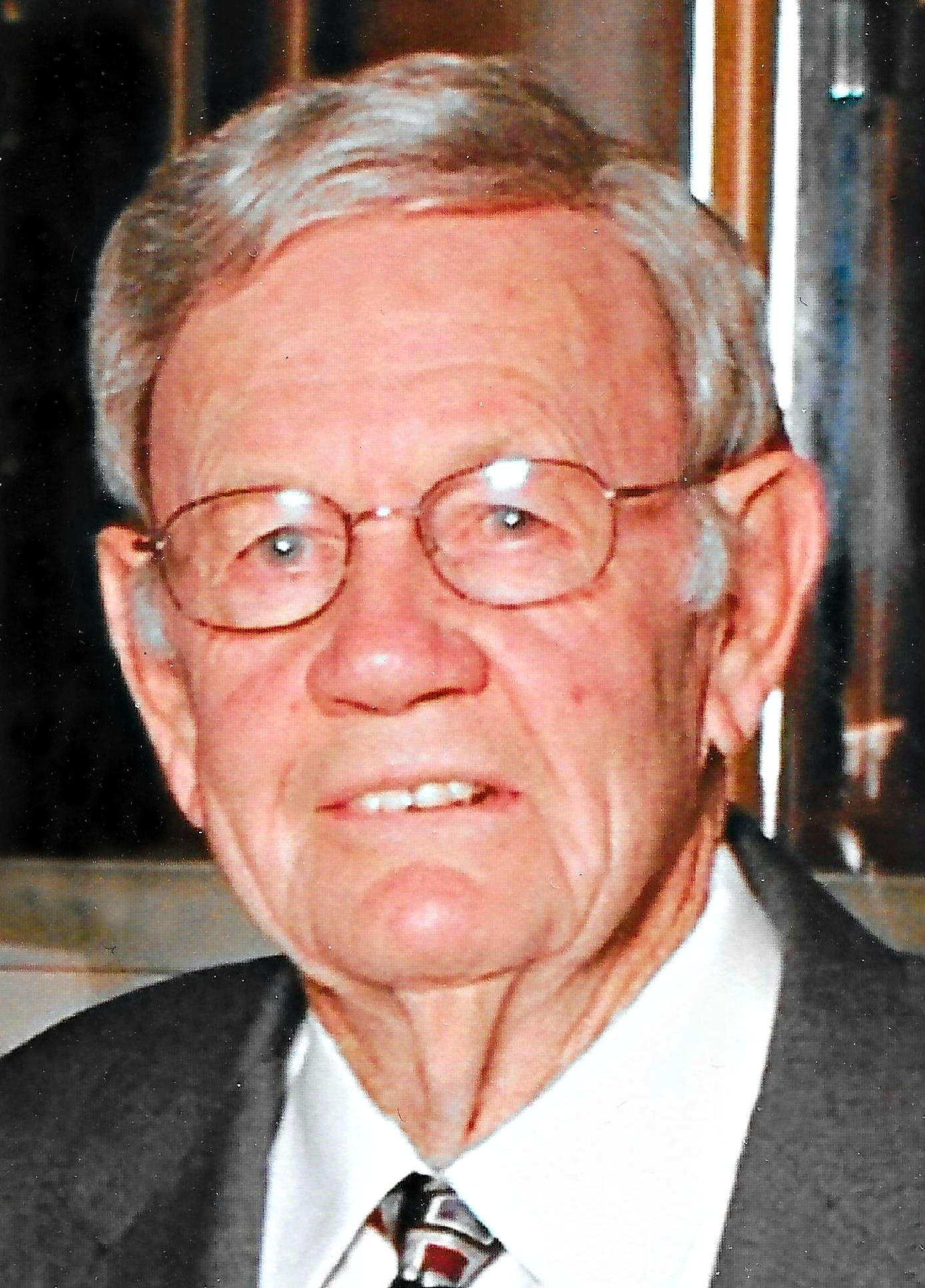 Warren Merkley, age 91, passed away peacefully with family by his side in his Mesa, Arizona home on October 28, 2015. He was born in Vernal, Utah on April 21, 1924 to George Albert and Georgiana Blackburn Merkley. Warren and his beloved wife of 66 years, Cleone Woolley Merkley, were sealed in the Salt Lake City Temple. They were blessed with four wonderful children: Marty Merkley of Alexandria, Virginia; Triss Stephens (Daniel) of Grants Pass, Oregon; Julie Peterson (Steven), and Janet Lewis (Jerry) both of Mesa, Arizona; 17 grandchildren; and 20 great-grandchildren. In addition to these, he is survived by his sister, Marie Voyles of Vernal, Utah.

Warren was known to all by his infectious smile, calm demeanor, and ever-ready desire to serve. He served in the United States Marine Corp during World War II and was a courageous and fortunate survivor of two kamikaze attacks on the USS Ticonderoga. It was in the dark and bitter aftermath of these attacks that Warren’s character shined the brightest. A call went out to man the disabled ship’s 40 MM guns to protect it from further attack. Many of the crew were killed, injured, or otherwise suffering from the trauma of the attack and were unable to perform this duty. Although he had training on the 40 MM guns, his duties as a Flag Marine attached to the carrier’s captain had positioned him in different responsibilities prior to that night. Nevertheless, realizing the vulnerability of the carrier and its crew he accepted this call to duty and stayed up 12 hours through the night protecting the ship.

As the owner of a Goodyear tire store in La Crescenta, California and a 7-11 convenience store in Lake Oswego, Oregon he was loved and trusted by his customers. They always knew that they would be greeted warmly by this humble soul. Warren and Cleone accepted a call to serve in the Virginia Richmond Mission of the Church of Jesus Christ of Latter-day Saints in 1994. They were also called to serve in the Vernal Utah Temple where they labored for 8 years. Warren loved everything about the outdoors from birdwatching to camping, fishing, and hunting and enjoyed sharing his love for nature with his children and grandchildren.

Warren will be sorely missed but fondly remembered by his family who take comfort in the knowledge that families are forever and that they will all be together again someday.