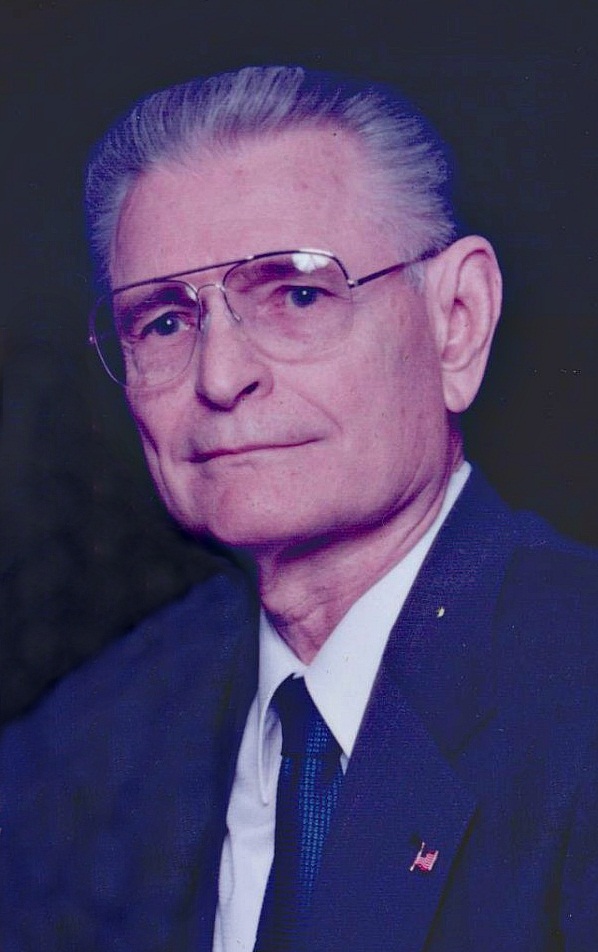 George (Dick) Richard Ridgway, Jr. was born in Safford, Arizona on December 31, 1933, to George and Velma T Ridgway, and brother of Bryant Ridgway. Dick attended school at Wilcox, Safford, and received a football scholarship to the University of Arizona. He enjoyed playing sports and playing the trumpet in band and marching band. While attending Safford High School (the Bulldogs) he would perform with the marching band during the halftime show, as well his running back position on the football team.  He was All State in Track & Field as well as football. At age nineteen he married his long-time love Audrey Alexander and have been married 64 years.  She was his strength in his business affairs.  This includes starting the Ford dealership in Wilcox, opening a State Farm office in Yuma and them switching over to Farmers Insurance in Tucson where he later turned the agency over to his wife Audrey due to his disability.  He and Audrey also prepared tax returns for Skousen Tax Services. He went on to open the first LDS bookstore in Tucson that shared office space in his Insurance office on Country Club Rd. He was very honored serving as missionary leader for Church of Jesus Christ of Latter-Day Saints. They were blessed with three children Cathy, David (Barbara, wife) and Terry (Jolene, wife) Ridgway and nine grandchildren. (Ryan, Tyler, Austin, Joshua, Sydney, Samuel, Sophia, Jacob and Benton).

He enjoyed playing Golf and Football as well as hunting with his family and friends. He was a good example to his family and those around him. He will be greatly missed.

A visitation will be held at 9:00 AM, Monday, July 31st at Bunker’s University Chapel, 3529 E. University Dr. in Mesa with graveside services to follow at 1:00 PM at Binghampton Cemetery, 4001 N. Alvernon Way in Tucson.