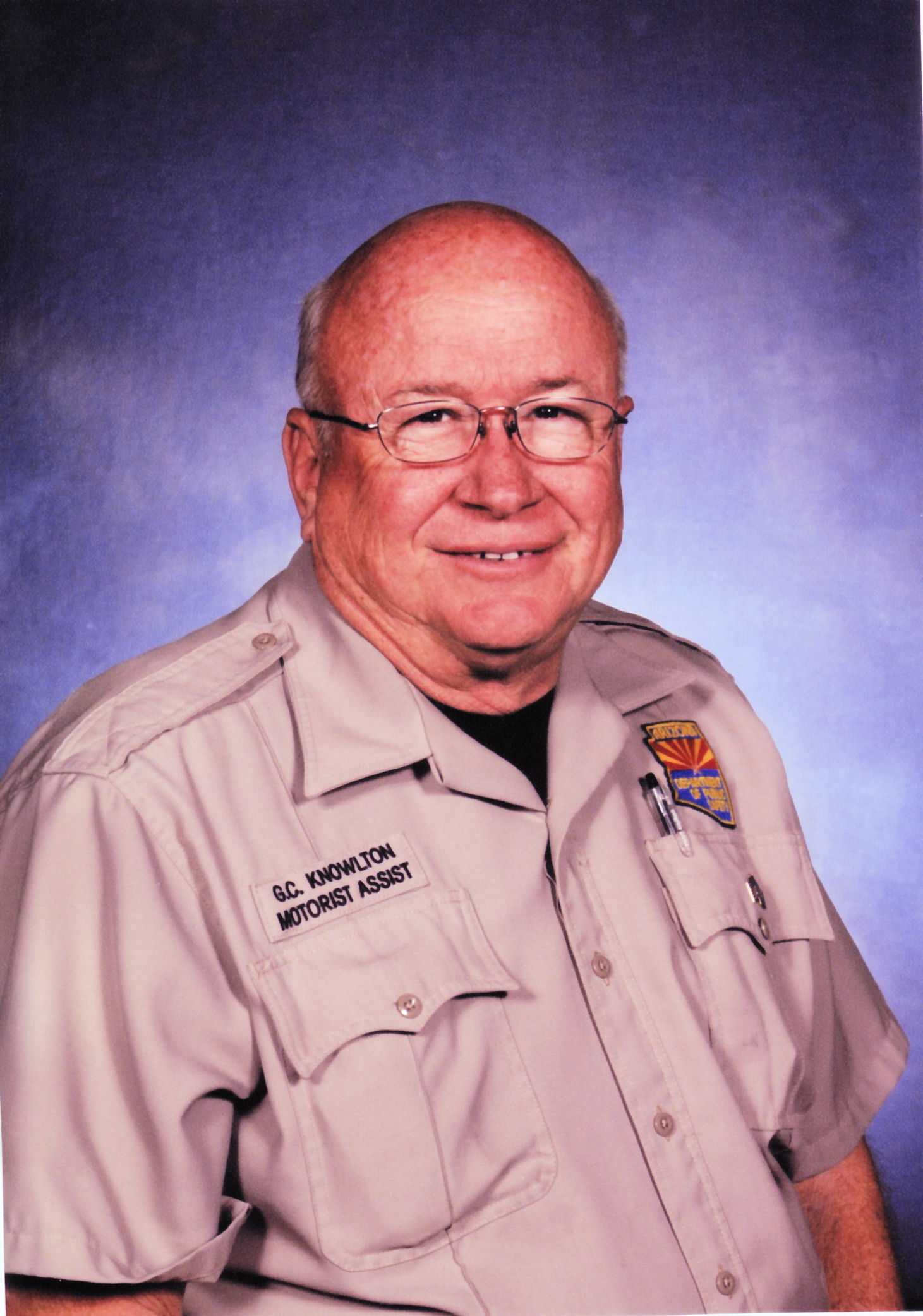 George was born on May 1, 1942, in Los Angeles, California to Cyrus and Lorraine (Koehly) Knowlton. Growing up on the Koehly Homestead in Lucerne Valley, George, being the only son in the family, at just three years old, was charged with caring for his mom and sisters and solving all problems big and small (as much as a three-year-old could) while his dad Cy was serving in the Navy as a radio operator on a ship during World War II. When Cy returned home, he worked for Hughes Aircraft in Culver City, California, leaving “Georgie Porgie” in charge at the ranch. Ranch life taught him how to be industrious, passionate, hardworking, loving and understanding of life’s curve balls, not to mention the many uses of bailing wire (Who knew you could actually “sew” two buildings together with it to make a bigger house). He even learned how to drive on the ranch at seven years old. He carried his responsibility for being the “man of the house” into his adult years, always acutely aware of the challenges of those around him whether it was his children, sisters, mother of his children, friends and even the mailmen and employees of the establishments he frequented. Throughout his life, he worked for Standard Oil Company, the United States Post Office, owned two Chevron gas stations, became a real estate broker, managed a variety of retail establishments, until finally settling into his last and most rewarding job as a roadside assistant for

the Arizona Department of Public safety. Growing up on the Koehly Homestead in Lucerne Valley, he learned all he needed to know about farming, fishing, camping, livestock, cars, construction, girls, life struggles and love. His mom and paternal grandmother were teachers who taught him the benefit of knowing United States history. His father fostered his entrepreneurial spirit and his maternal great-grandmother, an immigrant from Switzerland and the first Post Mistress in Lucerne Valley, taught him to stand firmly for what he believed in, have pride in being an American and to stay politically involved. He never knew a stranger and there wasn’t anything he couldn’t fix to make people’s lives better.

He loved his family and friends fiercely and deeply, and we take comfort in knowing that our dad is now at peace, surrounded by light.

Family and friends will be able to join us in celebrating his life after the first of the year, in 2022.