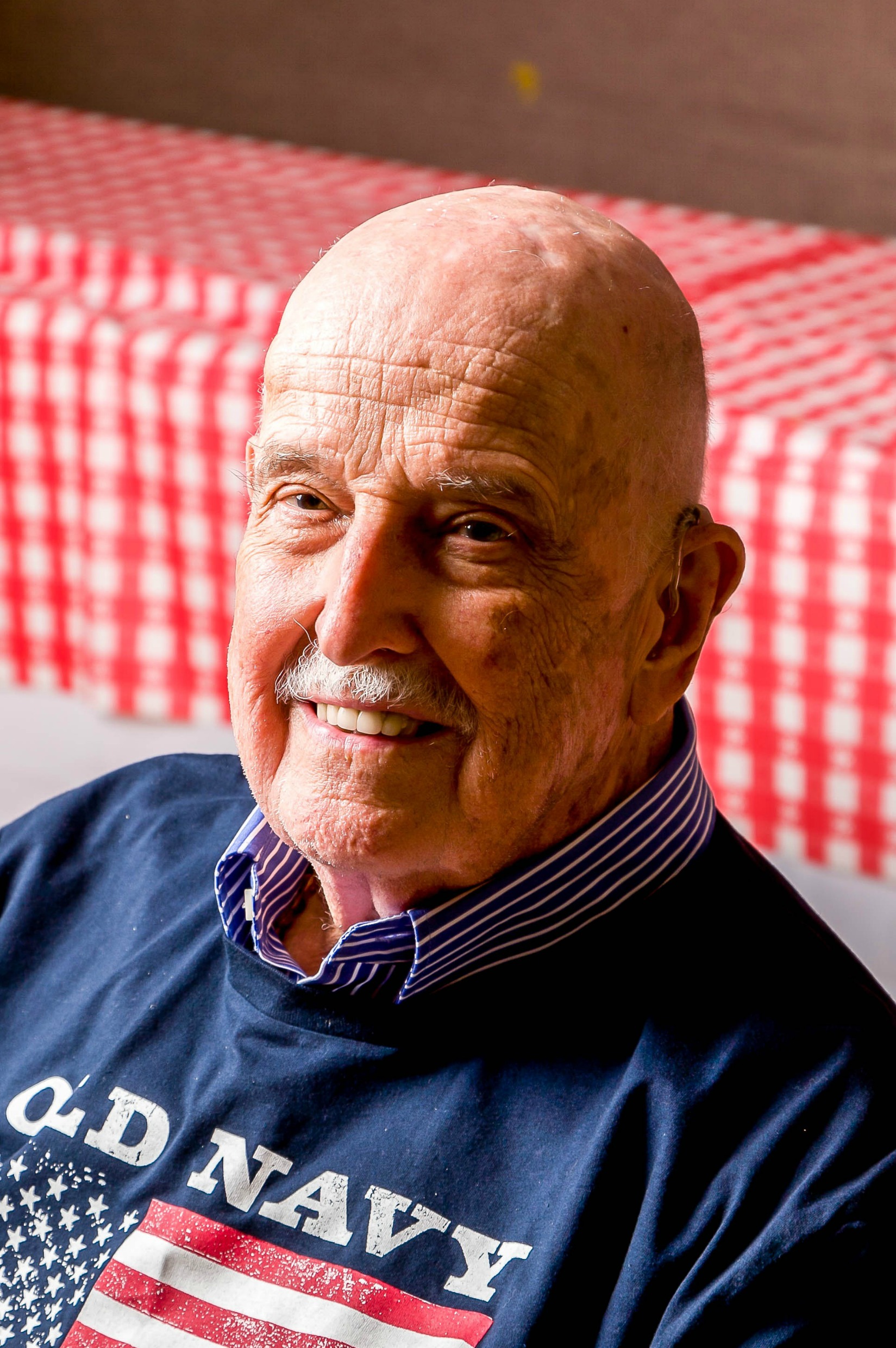 Gene Shapley Martin, 94, died peacefully on December 24, 2015, surrounded by his children, grandchildren, and great grandchildren at his home in Queen Creek, Arizona. Gene was born on June 13, 1921, in Lamar, Missouri, to Ralph Waldo and Lorene Wills Martin. He was the second of 5 children, of which only his sister Lorene “Sis” York survives.  After losing his father when he was only 6 years old, Gene shared a wonderful childhood with his mother, three brothers and one sister. He would tell anyone and everyone that Lamar, Missouri was the birthplace of Harry S. Truman . Upon  graduating from Lamar High School in 1939 as valedictorian, Gene attended the Missouri School of Mines in Rolla, Missouri where he  graduated with an electrical engineering degree in 1943. He then joined the Army Signal Corps as a 2nd Lieutenant, serving during World War II in Guam under Admiral Nimitz.  After the war, Gene followed in his father and grandfather’s footsteps to the University of Missouri Law School where he graduated in 1949.  Soon after law school, Gene joined the United States Air Force as a JAG attorney. That summer, Gene spotted  a beautiful woman standing outside her house in Lamar and told his best friend he had to meet her. Six months later, he married that beautiful woman, Donna Mae Beall,  in Lamar on December 31, 1950. Gene and Donna embarked on their life’s journey as an Air Force family in Biloxi, Mississippi where his two oldest children, Gene Jr. and Greg, were born. Their next stop was Naples, Italy where he worked for NATO and cultivated his  love for travel, food, and different cultures.  Three years later, Gene and family were transferred to Plattsburgh, New York. Two significant events occurring there were the birth of his eldest daughter, Merida and joining the Church of Jesus Christ of Latter-day Saints along with Donna and Gene, Jr.  Just one day after their baptism, they again picked up stakes going to Las Vegas, Nevada where their daughter Melanie was born. While in Las Vegas, Gene’s family was  sealed in the St. George temple. Gene’s last Air Force assignment was to Tokyo, Japan, where their youngest daughter, Melissa, was born. Finishing  his military career as a Lt  Colonel in 1967, Gene and family returned to Lamar where he opened a private law practice. Gene continued to be active in the LDS church as Branch President in Pittsburg Kansas and spearheading the creation of a branch in Lamar. Gene was always excited to plan a trip or adventure. He and Donna traveled to many places throughout the world visiting family and friends along the way. Lamar continued to be his home base, until 1980 when he took a job with Legal Aid in Springfield, Missouri. The family lived there for 5 years before returning to Lamar. Gene and Donna’s decision to join the LDS church proved to be an incredible blessing for them. As part of their membership in the church, they served a Family History mission to London, England from 1993-1995. In 2006, Donna preceded Gene in death in Lamar. Two years later, Gene moved to Queen Creek, Arizona to live with his daughter, Melanie and her family. Gene had a wonderful final 7 years with Melanie and other family members living in the Phoenix area.  Gene loved his wife, his family, traveling, cars, good food and laughter. But most of all, he loved his Heavenly Father and Savior and knew that they loved him. He is survived by his sister, Lorene York of Harvard, Ill.; Gene Martin Jr. (Kristina) of Rockport, Mass. and their three children;  Greg Martin and (Stephanie) of Gold Canyon, Ariz. and their 6 children and 15 grandchildren ; Merida Solum (David) of Scottsdale, Ariz. and their 4 children. Melanie St. Clair (Greg), of Queen Creek, Ariz., and their 5 children; and Melissa Eddings (Patrick) of Salem, Ore. and their son. Funeral services will be held on Jan. 2 at 11 a.m. at the Queen Creek West Stake Building on 19730 E. Ocotillo Rd., Queen Creek, AZ 85142. A short viewing will be held at that building prior to the service at 10 a.m. Burial will take place on Jan. 7 at 2 p.m. at Nigh Cemetery in Lamar.