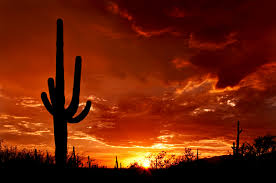 Gary Lee Gray was born November 18, 1952 in Artesia, California. He was the second child of Donald and Selma Gray. He has two sisters, Lynn Ann and Sandra. He was raised in Lompoc, California. He remembers, as a youngster, waiting eagerly for the mailman each morning. When he saw him approaching, a four-year-old Gary would start dancing – sure that the mailman would think he was so cool, and such a good dancer!

Gary started kindergarten two months before he turned five. When he was in middle school he skipped a grade. One summer school teacher had a grading strategy that left a life-long impression on Gary. The teacher gave everyone 100 points – an A – at the beginning of the term. He said, “This A is for you to keep or lose; it’s up to you. Gary “kept” his A. In high school, Gary was in all Advanced Placement classes – although his mom remembers many late nights typing Gary’s paper for him that was due the next morning. (Thanks Mom!) During high school, he also participated in plays. He played the role of Vinnie in “The Odd Couple”. During one performance, someone tripped the power switch and the auditorium went dark. Gary saved the show, improvising in character about the situation. He also sang 1st Tenor in Madrigals and was on the Water Polo team.

After graduation, Gary attended the smallest of the 5 Federal Academies; The United States Merchant Marine Academy in Kings Point, New York. He won the honor of receiving more demerits faster than anyone in many years, and it was agreed that he wasn’t cut out for Academy life. So, after only a few months away, he was headed back home to Lompoc.

While at home, he met a good LDS girl and was baptized a member of the Church of Jesus Christ of Latter-day Saints. He decided he wanted to try the Academy again, so he contacted his Congressman for an endorsement. With renewed commitment, he headed back to Long Island to start the following school year. He always blamed his first go-around at the Academy on his youthful immaturity. The girl who introduced the Church to Gary headed to Ricks’ College, now BYU-Idaho and very quickly found the love of her life.

Fast forward a year and a half, Gary met Christianne Wendt (a Young Adults’ success story!). Since she was heading to BYU in a matter of weeks, he wanted a ring on her finger. On December 30, 1973, he called from California (while on Christmas break) and proposed over the phone. She said yes, then went to BYU for the semester, and Gary went to sea.

He loved sailing – at the time, midshipmen were not allowed to be married so their engagement was a year and a half! Gary graduated in June of 1975 with a degree in Marine Transportation, on a Monday and he and Christianne were married in the Washington, D.C. Temple that following Friday on the 27th.

Almost immediately after graduating from the Academy, Gary and his bride moved back to his home state of California and took a job as manager of a McDonald’s, then moved onto Arby’s and Wendy’s as two precious girls, Shannon and Brianne joined the family in February of 1977 and then July of 1979. After Wendy’s he got a job at Martin-Marietta at Vandenberg AFB working on breathing air system for the first space shuttle. While working at Martin-Marietta he would hang out in the large computer room during downtime which fueled his interest in computers. Wanting to jump into the computer industry, Gary found a job with McDonnell- Douglas (McAuto) which relocated them to New Jersey; a huge plus since they would be closer to Christianne’s parents John and Claire Wendt on Long Island. While in New Jersey, they welcomed their first and only son, Casey in July of 1981. Gary was thriving in his new vocation and while at a computer show was offered a position at Digital Equipment Corp which moved them to Massachusetts and in May of 1984, Whitney came along. Another move back to California, this time with four kids in tow, in January of 1985 where he took a job as Director of Operations of a McDonald’s. Tess arrived in June of 1987 and not long after Caitlin made her debut in April of 1989. After McDonald’s, Gary got back into the computer field at a company in San Luis Obispo called Computer Land. He enjoyed being a shopkeeper so much that he gave it a go at owning and operating his own store which he named Software Source. And last but not least, Hannah was the last bundle of joy to arrive in March of 1992.

While residing in California, he was active in his church membership holding multiple callings throughout the years. In Santa Maria, he was a counselor serving with Bishop John Rosenlof and later with Bishop Ed Teeples and worked as a Stake Executive Secretary for Clark McCune. He also served as a High Councilor under Stake Presidents, Nolan Phillips and Wyn R. Dewsnup. One of his favorite callings was teaching Gospel Doctrine. He was also called to be a Seminary teacher for four years allowing him to teach each course.

After twelve years in California, Gary and his family of nine, moved to Gilbert, Arizona. Shortly after moving in, Gary worked in the IT department at Thunderbird, the American Graduate School of International Management. He then moved on to Novell and then Altiris as a networking consultant. While on the road, working for Altiris in Delaware, Gary suffered a heart-attack, pushing him into early retirement. After his recovery, he was just as interested in computers and gadgets as ever before and now he had the time to tinker and create.

The family grew as children were married and grandchildren were born. He was a doting Papa to his twelve grandchildren and three great-grandchildren. Family always came first. He loved his sweetheart Christianne and his children. Five weeks after being diagnosed with late-stage pancreatic cancer Gary Gray passed away peacefully on Sunday morning, August 12, 2018.

Here are some of Gary’s favorite quotes:

“Everyone carries within themselves the world in which they must live.”

“When afraid or in doubt, run in circles, scream and shout.”

“If you wake up and find yourself dancing with a bear; DON’T STOP!”- Russian Proverb

“There is always hope.”

One evening, the young Gray family was having a discussion about the still small voice.

Five-year-old Brianne reported very intuitively, “I know why it’s a still small voice…because Heavenly Father is so far away!”

With that, Gary took Brianne’s sweet face in his hands – and whispered in her ear. “No sweetheart – Heavenly Father uses a still small voice because he is so CLOSE, He’d hurt our ears if He spoke any louder.”

You Didn’t Use ALL Your Strength

A father took his young son camping. As dad was pitching the tent, he sent his son to collect firewood.

Nine-year-old Tommy went out bravely to complete his assigned task. He found some logs not far off, but they were too heavy for him to lift. Frustrated, he went to his dad and reported that the logs were too heavy. He couldn’t move them. Dad said, “Did you use ALL your strength?”

Tommy went back, with new resolve, eager to please his dad. He pulled, grunted, tugged and pushed – all to no avail. He couldn’t move the log.

Back to dad he went. Dad said, “I don’t think you used ALL your strength.” Tommy, not wanting to let down his dad went back again, but even after getting scrapes and scratches, he couldn’t get the log to budge. He was so tired and so sad at the fact he had failed his dad, and a bit angry because his dad had required such a difficult task of him. He reported back to dad that he had used all his strength but couldn’t do it.

Dad put his arm around his boy and said, “Tommy, you didn’t use ALL your strength: you didn’t ask ME.”

How often does our Father require seemingly impossible tasks of us – we need to use ALL our strength. We need to ask HIM for His help.

I am a sailor, you’re my first mate

We signed on together, we coupled our fate

We hauled up our anchor, determined not to fail

For the hearts treasure, together we set sail.

With no maps to guide us we steered our own course

We rode out the storms when the winds were gale force

We sat out the doldrums in patience, and hope

Working together, we learned how to cope.

Life is an ocean, love is a boat

In troubled waters, it keeps us afloat

When we started the voyage, there was just me and you

Now gathered round us, we have our own crew.

Together we’re in this relationship

We built it with care, to last the whole trip

Our true destinations not marked on any charts

We’re navigating for the shores of the heart.

Life is an ocean and love is a boat

In troubled waters, it keeps us afloat

When we started the voyage, there was just me and you

Now gathered round us, we have our own crew.