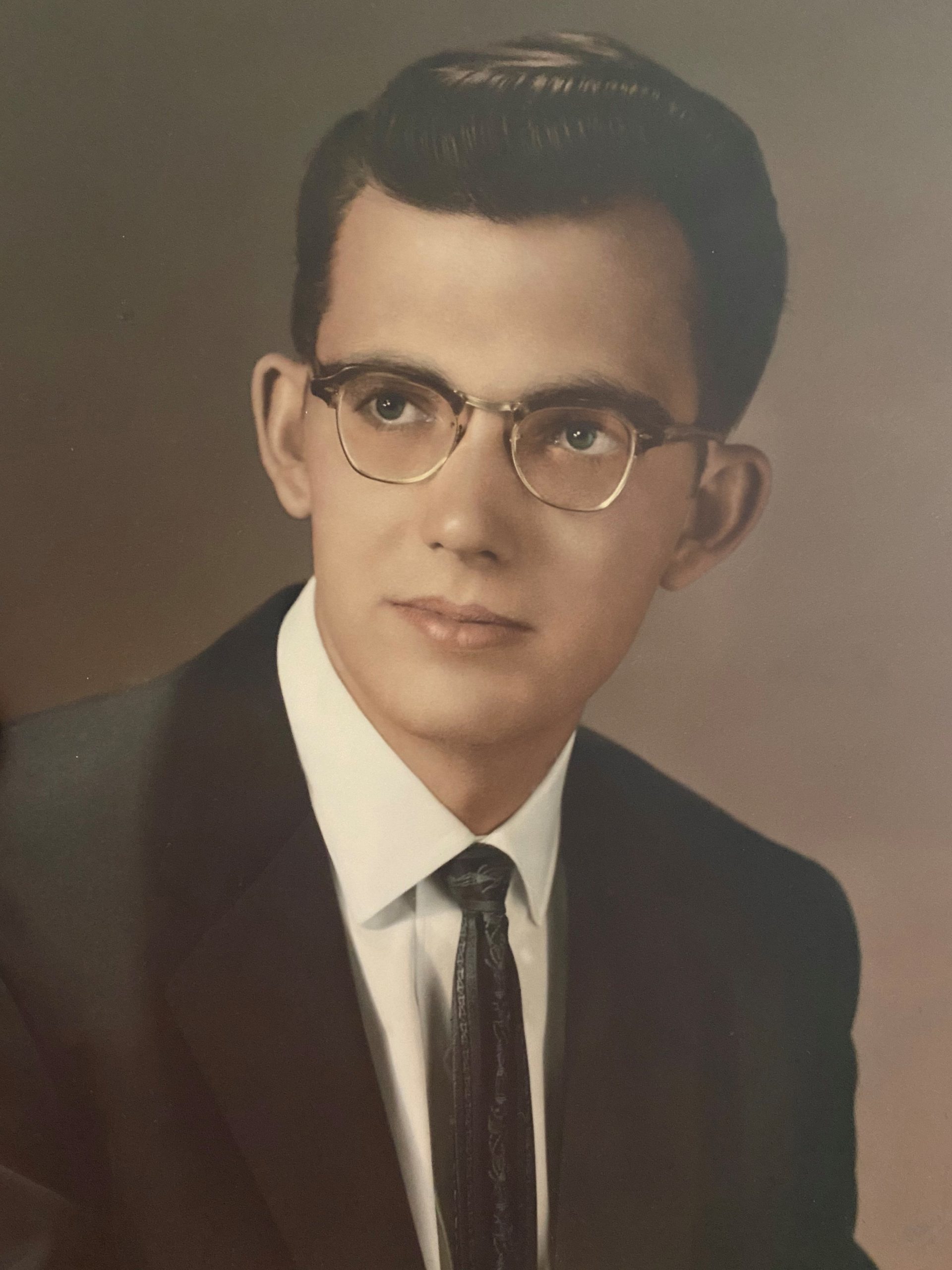 Gary’s life was defined by his love for his family, his dedication to his faith and his love of learning, teaching and invention. Those that knew him spoke of his kindness, wisdom and intelligence. He was truly brilliant, by any definition.

Most of his career was spent as a teacher and Department Chair of Technology at Mesa Community College, where he taught courses in mathematics and technology. He also worked for Motorola and did work for the Jet Propulsion Laboratory.

He designed a radio that was used by NASA to communicate from earth with astronauts on the moon and also helped to write the program that determined how to calculate the size and placement of the tiles that protected the Space Shuttle. He also has a patent to his name for “Electroresponsive Controls – Patent #3,428,820”.

Gary was never one to seek out the spotlight and listened more than he spoke. He was a wonderful counselor to those in need of wisdom and he gave his time and experience freely to those who asked and to those in whom he saw a need.

In his early life, he enjoyed the hobby of building and flying RC airplanes. He was also always interested in home improvement and carpentry. He had a strong foundation in architecture and design and was always designing something new for his house and yard. His Mesa home of 46 years was ever-evolving as needs changed or new opportunities for improvement arose. Many of his kids and grandkids have beds, easels, displays, toys and other custom pieces of woodwork that were crafted with love for each person.

He had a laugh and smile that spread to those around him and you could feel his genuine, charitable spirit through his countenance. Gary had a love for problem solving and his mind was very well suited to this task. You could present a problem and he would immediately start processing the challenge, coming up with solutions. This led him to invent many tools and gadgets to help around the house and work. That same thoughtful mind was also beneficial to those seeking his insights into whatever challenges they might be facing in their own life.

Gary Lyon was a deeply spiritual man and was at ease discussing profound and meaningful issues relating to eternity, God and the purpose of life. That spirituality led his life of service to others. He served three missions for his church, one as a young man in the California Mission and later with his wife, Rita in the Hartford, Connecticut mission and again with Rita as teachers of English to Somali refugees. He also served faithfully in a wide range of callings in The Church of Jesus Christ of Latter-day Saints. It was in his nature that those whom he served with became life-long friends as they observed his character and wisdom and came to love him.

One of Gary’s favorite hymns was the insightful “O My Father” whose words were written by Eliza R. Snow. Here is the fourth verse:

When I leave this frail existence,
When I lay this mortal by,
Father, Mother, may I meet you
In your royal courts on high?
Then, at length, when I’ve completed
All you sent me forth to do,
With your mutual approbation
Let me come and dwell with you.