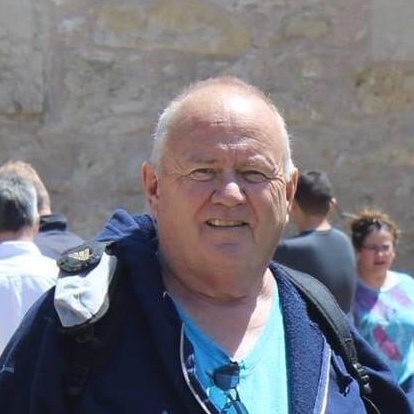 Brown, Gary E., Age 75 (01/22/1946 – 01/30/2021) of Minneapolis, MN and Mesa, AZ passed away peacefully, surrounded by family, after a short battle with cancer. Preceded in death by his father (Ray), mother (Bernice), Sister (Priscilla) and brother (Richard). Survived by his brother (Robert), his wife Rebecca (Triplett) Brown, children and spouses Anthony (Tracy), Rafael, Thomas (Christiana), Joseph (Amy), Richard (Melissa), Donald (Kelly) Constance (Francisco), Susanne (Wesley), 16 grandchildren, 1 great-grandchild (arriving in April), and countless foster children, extended family members, and friends. Gary was a man of principle and strong faith, a loving family man with a laugh to light up the room. Time with family meant more to Gary than anything else; He and his wife, Becky, spent much of their retirement years travelling the country in their motorhome, enjoying nature, and planning time with their children and friends. Gary was an avid scuba diver for many years, loved camping and fishing with his family, especially in Bayfield, Wisconsin, where his father was from. Gary loved to watch wrestling matches – an event he cherished with his own father as a child and later shared that favorite pastime with his children – some of whom wrestled all through their high school and college years. Gary never missed his children’s sporting events. Whether it was wrestling, football, baseball, soccer or karate – Gary was always there, beaming with pride as he cheered his kids on – a trend he continued with his grand children’s sporting events. He was also an off-road 4 wheeling enthusiast and joined a local “Jeep club” in Arizona, spending weekends climbing hills, traversing rocky terrain, and occasionally terrifying his wife. A cowboy at heart and a friend to all – he was the calm in any storm, approaching life one day at a time – with another adventure just around the corner.  He will always be remembered as a man who tried to live every day to the fullest. Pals Forever.