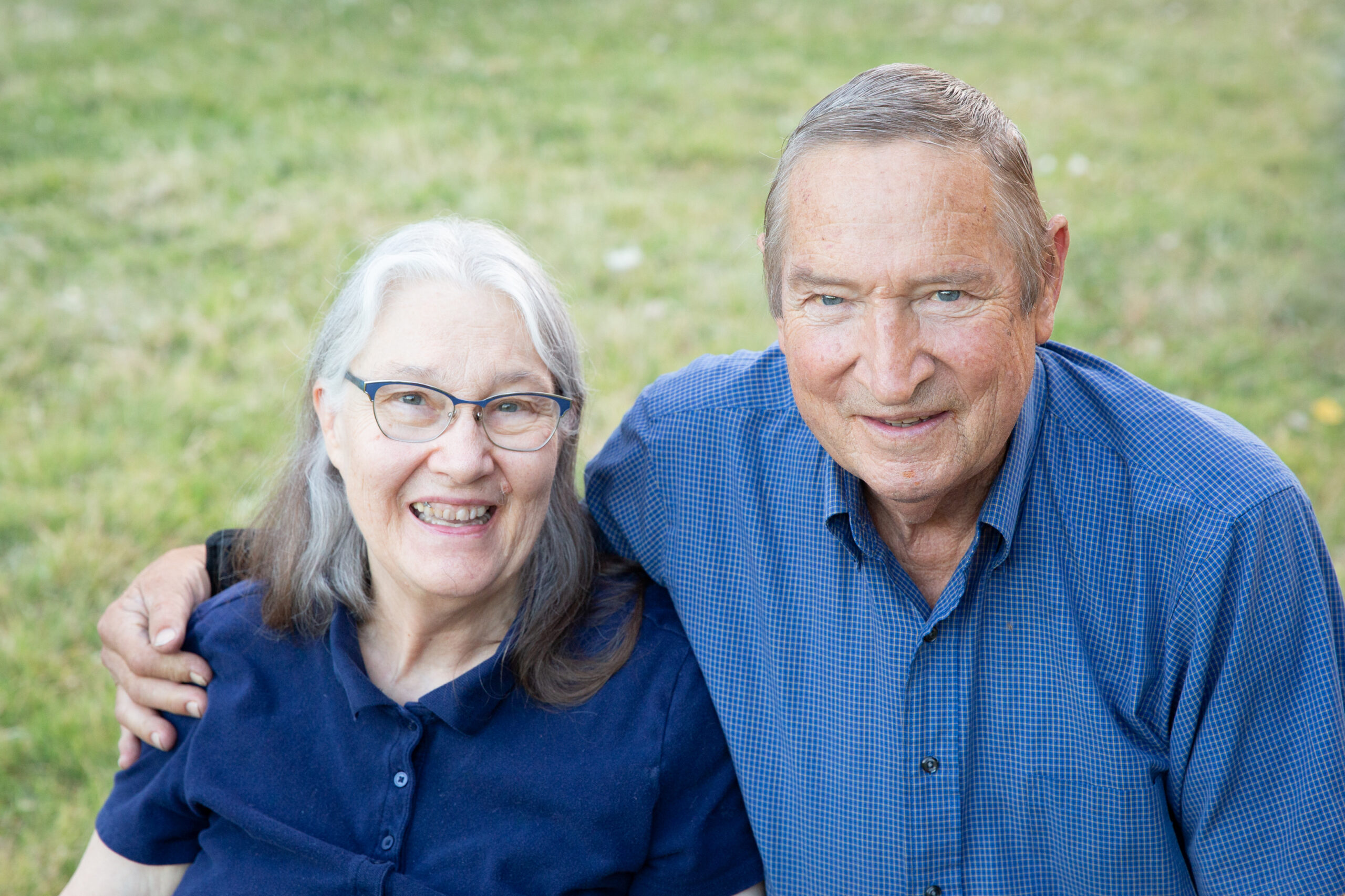 Fredrick Dwight Schnebly, 73, passed away at home in Mesa, Arizona on Saturday, January 15th, 2022. Dwight was preceded in death by his parents, Daniel and Anna, 4 brothers,

and 1 sister. He is survived by 10 siblings; his wife, Jean; his 10 children, Peter, Eve, Bonnie Jean, Beth Anne, Ruth, Heather, Gloria, Heber, Igor, and Tanya; 25 grandchildren; and many other friends and family members.

He had many jobs throughout his life. He was in ROTC basic training while attending BYU, graduated with a BA in Elementary Education, and got married the same year. Right after he graduated, he went to engineer officer training.

He was in the Army Reserves while he taught elementary school for several years. He then did active guard duty in the Army, where he got to do lots of traveling. After that he started his own business, a store named Treasures and Trinkets. He later worked as a correctional officer, then a church building custodian, and then he worked at American Airlines. He loved music, gardening (many different kinds), reading, watching movies, and providing for and visiting with his immediate and extended family.

He was always a great missionary for the Church of Jesus Christ of Latter-day Saints. He served a formal mission in Italy. He has shared the gospel with many everywhere he went. He has always looked forward to the time when the Savior would come again. He shared that and his knowledge of the beautiful life after this one with anyone who would listen. He talked about the things he would be able to accomplish after graduating from this life. He looked forward to being able to travel very quickly and fly without an airplane.

Many who knew him remember that he loved to play. He often played the good old games of Stink Base, Capture the Flag, Kick the Can, and Annie-I-Over. He played them with his family and others. He also enjoyed playing Risk and other board games. He loved to play with his children, nieces and nephews, and grandchildren. He was a fun Papa, Grandpa, and Uncle.

There will also be a viewing the night before, on Thursday, January 20th at Bunker Funeral Home at 33 N Centennial Way, Mesa, AZ 85201, from 6-8pm.